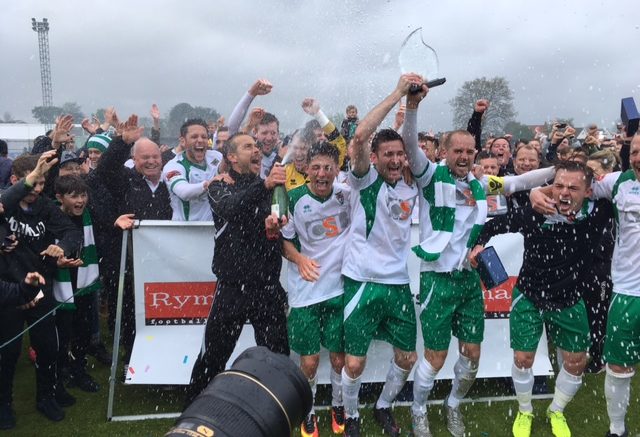 Ex-Rocks aces Stuart Tuck and David Wright have emerged as candidates for the job as the new manager of Bognor Regis Town. Jack Pearce, the grandee of Bognor Regis Town, says it is a matter of a few weeks before he will announce a new manager; an incumbent charged with replacing Jamie Howell as the club head into their National League South campaign.

Howell, of course, left Nyewood lane little more than 48 hours after he oversaw his side’s promotion through a final play-off victory over Dulwich Hamlet last month in front of more than 3,000 fans; a win that took them up from the Ryman Premier League. Howell has gone off to pastures new in the shape of Eastbourne Borough, who themselves play in the NLS, where a considerable salary proffered from a full-time position awaits. 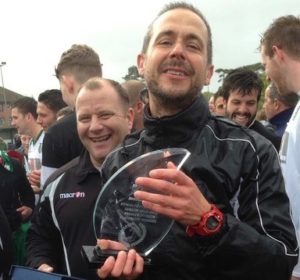 It remains to be seen what players from the Rocks squad he tempts with a move to follow him to East Sussex; his budget for personnel is considerably bigger than that he managed at Bognor, so financial incentives could well play a part in the future of some of the charges who got the club promoted.

Pearce, who pulls all the strings that matter at the club which he has served as player, coach, manager, chairman and raffle-ticket seller, is keeping his cards close to his chest over the candidate who will step into Howell’s shoes.

We know those managerial duties will not fall at the door of Darin Kilpatrick, the coach seen by many as a key reason for the pleasing style of football on offer at the Nye Camp, and a contributor to the on-pitch success. Dabba is, thankfully, staying on as coach; and as such the incoming boss will have to be prepared to work with the Chichester College coach along with the entrusted back room staff already in place. 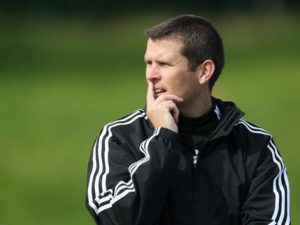 The rumour mill is turning to capacity with names of managers who are seen as potential replacements for Howell. Miles Rutherford at Chichester City is one such name. He played for Bognor, knows Kilpatrick very well and would, no doubt, jump at the chance. Another former player mentioned has been Michael Birmingham, currently boss at Wessex League Premier outfit Horndean. But he is said to be happy where he is and an unlikely candidate.

So what chance that Wright takes up the position? The former Rocks defender has just quit as youth development head honcho at Premier League Stoke City…and he HAS applied for the job. Could he be vying for the hotseat alongside Burgess Hill Town assistant boss Stuart Tuck, again a former Bognor player, and the uncle of current midfielder Doug Tuck?