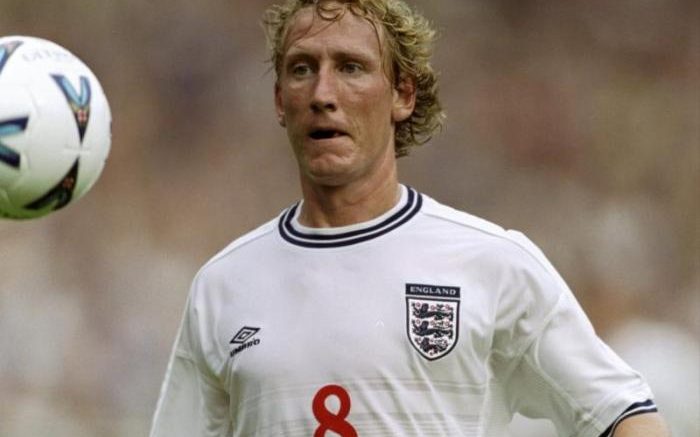 Former England star Ray Parlour will lift the lid on his illustrious career as a hero on the pitch for Arsenal and the Three Lions when he comes to Bognor Regis for a sportsman’s dinner.

Parlour enjoyed a trophy-laden career with Arsenal, winning the Premier league three times, the FA Cup on four occasions as well as the League Cup and the UEFA Cup; and he was capped 10 times for his country.

Now he is set to the tell the stories bebind the headlines when he appears at the event being staged by West Sussex League outfit Nyetimber Pirates at Seasons, at Nyewood Lane, the home of Bognor Regis Town on June 10.

Parlour, who also played for Middlesbrough and Hull City, will tell all about his time playing for legendary managers such as Arsene Wenger and Glenn Hoddle, as well as the inside story of a court case divorce settlement of £440,000 a year with his former wife that left the tabloid newspapers salivating.

“I’m really looking forward to coming to Bognor and having the chance to meet people at the event and football fans in general,” he said. “I’ve been told that the club we are holding the event at, the Rocks, have just been promoted and play some decent football and that is always nice to hear. Hopefully, be a great night. I can’t wait.”

As well as Parlour’s hilarious anecdotes, there will be a top-notch comedian raising a laugh or two and the food is being served with award-winning Turner’s Pies on the menu.

Organsier Charlie Welling says the event has been really well received but that a few tickets remain. “If anyone is keen to come along for a fun night and hear some cracking tales from a true football legend, please call me on 07792262802,” he said.