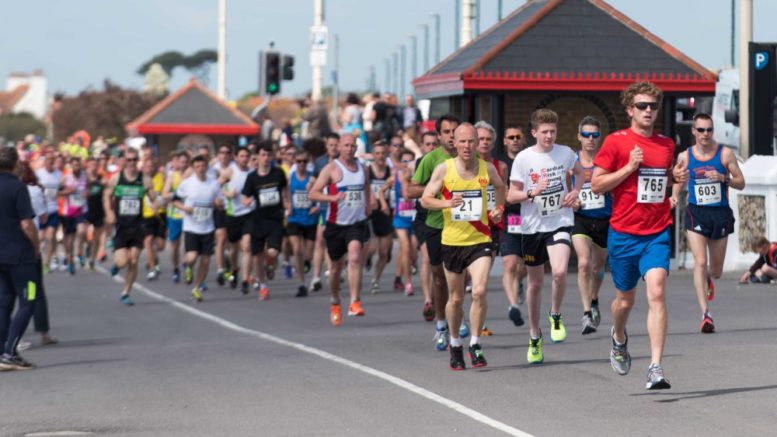 Runners won’t have the wind put up them when they take part in the hugely anticipated Bognor Prom 10k road race on Sunday. And as the nerves start to kick-in for the 1,850 competitors, good news arrives in the shape of the weather forecast. The runners look as if they will be enjoying sunshine with chances of cloudy periods, said to be almost ideal running conditions.

And Tone Zone running coach Keith Hardwell believes the fact that it won’t be too windy is a big help for those taking on the course. He said: “The weather forecast is as good as perfect as there is only an eight mph wind forecast which if stronger is a major hindrance to runners heading back from Felpham.

“Tone Zone will have three pacers in the race carrying large flag for identification if anyone has a target to achieve. The pacers are sub-50 minutes, sub-55 minutes and sub 60 minutes.”

The Tone Zoners have 83 runners taking part as well as a large contingent of marshals helping out at the event, which starts at 10.30am, and is the 23rd such race. It has been organised by the Rotary Club of Bognor Hotham as well as the running club. It will start and finish from Silverstone Avenue and take the same route as in previous years, along Kings Parade, The Esplanade and Gloucester Road then tthrough Felpham Village via Admiralty Road, Blakes Road, Vicarage Road and then into Limmer Lane and through the Summerley Estate.

The runners then enter the prom and head back towards Bognor and the finish. The front runners should reach Felpham village by 10.45am and the bulk of the runners should clear the village by 11.30am. The course will be controlled by 100 marshals to ensure the free flow and safety and they will re open the roads as soon as the last runner has passed through and it is safe to do so.

There will be a some traffic disruption along the route and organisers have apologised for any inconvenience this may cause but “trust the residents of Bognor will enter into the spirit of the day, giving the runners and marshals their support for this local event that raises many thousands of pounds for charities and worthy causes”.

A junior fun run will take place on the prom which will see runners aged from 12-14 start from the bandstand at 9.15am, running 1.5 km to Marine Drive West: 8-11 year olds run 800 metres, with mums and dads if need be, starting at 9.30am opposite the Royal Norfolk Hotel, to the same finish.

This year’s charity partner is CancerWise a drop-in centre based in Chichester that provides a number of free support services for people diagnosed with cancer, their families and carers.

Poignancy of a lone poppy: Hair salon saluted for touching tribute to fallen…