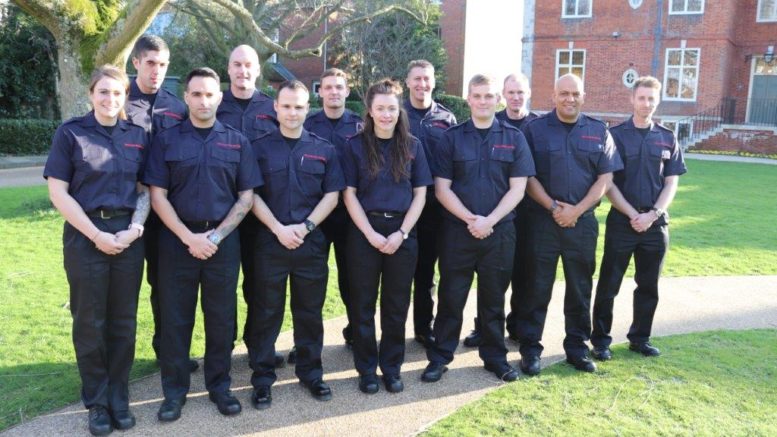 Three firefighters from Bognor Regis are among 12 recruits gearing up for new jobs at the West Sussex Fire & Rescue Service (WSFRS).

Tom Williams, Kerrie Lewis and Satpal Nagi are part of the second intake of trainees after they were successful in the competitive recruitment process that took place last year. And over the next 14-weeks, they will complete a gruelling recruitment course at Horley Fire Station.

This will be a very intense course but completing it will be an incredible achievement, says deputy chief fire officer, Neil Stocker.

He explained: “Our new trainee firefighters have shown sheer determination after passing the hugely competitive application process, and this mind-set will stand them in good stead for their future careers as West Sussex community firefighters.

“I wish each and every one of them the very best of luck for the next 14 weeks and I look forward to seeing their hard work culminate and their pass out parade!”

The main aim of the course is to provide all trainees with a mix of practical and theoretical training that will give them the skills and expertise needed to serve and protect the communities of West Sussex.

Bognor recruits Williams, Lewis and Nagi are among the 12 newest members of the WSFRS. Others include Tim Batchelor, Martyn Chate and Chris Denton from Littlehampton, as well as Scott Cairncross of Burgess Hill.

Shaun Beales and Gary Simmonds of Horsham, Ric Copeland and Jordan O’Hara who hail from East Preston, and finally, Alex Wooding from Shoreham.