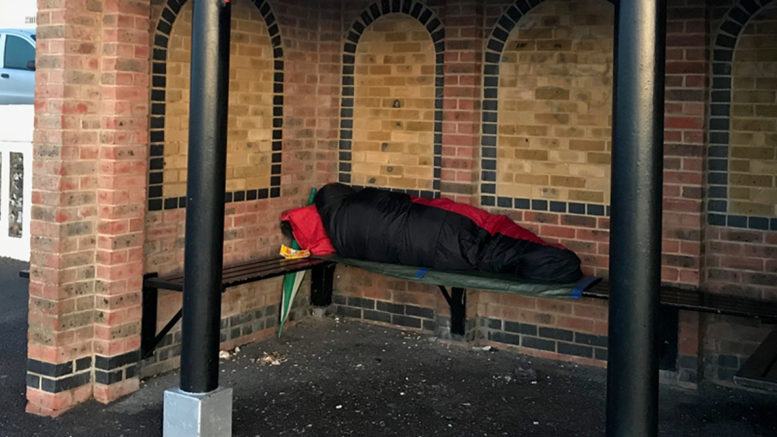 Those who find themselves homeless over the festive period have been offered shelter by kind-hearted folk at a church centre. As the number of people who live on the streets continues to rise, action to help them is under way in Bognor Regis with the Christmas period fast approaching.

With temperatures set to drop and no shortage of rain forecast, it is seen as essential that the homeless are given some accommodation.

Organisers at St Mary’s Centre in Felpham say they are preparing to open their doors on the 24th, 25th and 26th December, 24 hours a day.

St Mary’s Centre, at the parish church of St Mary the Virgin (an Anglican church under the Diocese of Chichester with a Norman church building dates back to the year 1100), is said to be “one of the best facilities in the area”. There are two halls and a fully equipped kitchen. The main hall can accommodate more than 100 people.

And others are looking to help, too. Bosses at Radio Respect, a community radio station dedicated to mental health wellbeing, took to social media platform Facebook to consider how they can be of assistance.

A post read: “We are thinking about opening our doors on Christmas Day for those that will be seeking warmth, a hot drink and good company. Does anyone else know of any local charities, businesses and churches who are intending to do the same? We are a sign posting facility and would like to share with the community where and when to go. Thank you.”

The moves come as it was revealed that the number of people in England who are homeless is up to 280,000 people, a stark rise of 23,000 since 2016. These figures come from a report from the charity Shelter and illustrate just how significant a problem the issue is as 2020 approaches.

Homeless people continue to step rough in the parks and in beach shelters along the promenade (see our picture taken one frozen morning this week). Doug, who is aged 37, a homeless man who declined to provide his surname, said he had been sleeping rough for nine months after divorcing from his wife of seven years and losing his job and home after turning to alcohol to try to fight depression.

He said: “It’s not a place I ever thought I’d end up to be honest. I had a flat, a loving wife and life was good. But after a split with my wife my mental health suffered enormously and I found some comfort in alcohol if I am honest. But that in itself led to all sorts of problems, especially at work.

“I had a job as a chef in a pub, believe it or not, but because of my deterioration I lost that and then I started drinking more heavily and fell behind with the house and before you know it that was gone. I sofa-surfed for a bit, but eventually I stayed on the streets. I was in Brighton but came to Bognor and haven’t left.

“Loved ones tried to help but I really didn’t want to burden them, and am still ashamed of the state that I have got myself into. Now I find a place to get out of the cold, avoid contact with people mostly and try to stay warm in my sleeping bag. Christmas will be hard I think.”