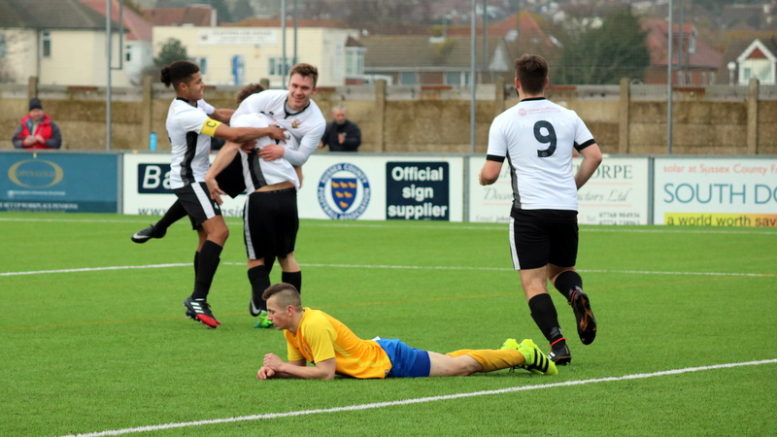 Pagham will once again be without their star striker Dan Simmonds for Tuesday’s massive Sussex Senior Cup semi-final with Brighton & Hove Albion U23s.

Simmonds and his strike partner Callum Overton were absent in Saturday’s 1-0 victory over Lancing, with the former still banned after his red card in the 2-2 draw at Three Bridges.

The dynamic duo has hit the back of the net 41 times between them, and whenever they’re absent, the result can illustrate their importance.

The Lions earned the right to contest this fifth-round tie after beating Horsham 3-0 in the last round, with goals from Overton (2) and Simmonds, while their opponents beat Whitehawk 3-1 in their match.

Meanwhile, in the league, the Nyetimber Lane outfit are sitting in the sixth spot on 51 points after their win over Lancing, only nine points behind leaders Horsham.

The visitors almost went ahead in just four minutes when Andy Chick went through on goal only to fire his shot straight at the keeper. 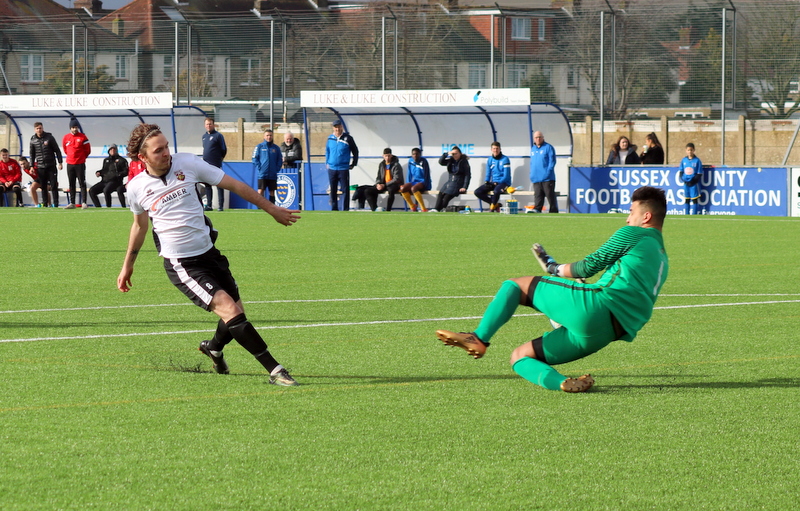 George Bingham went close on multiple occasions, with both of his rasping efforts flying inches wide of the mark.

Lloyd Rowlatt sent a free-kick goalward but was saved by the keeper, but Terrell Lewis couldn’t nudge home the rebound. 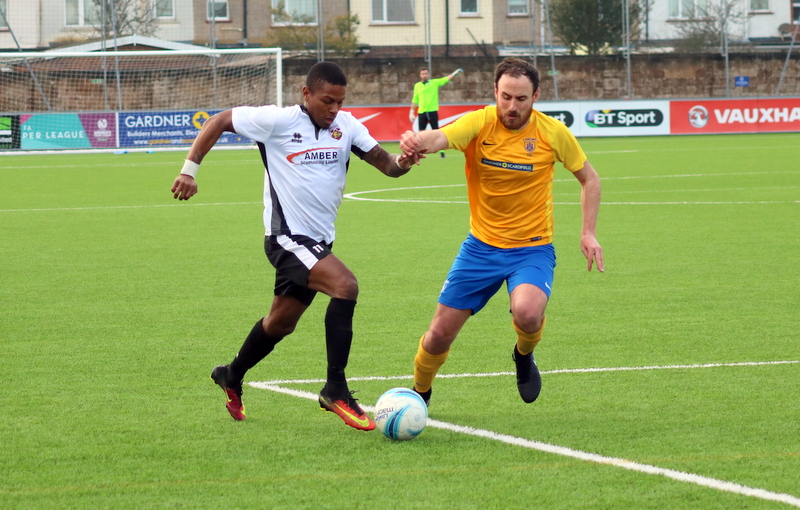 The goal came at an ideal moment for the visitors when Chick passed the ball to Johan van Driel out wide and his low cross was guided into the back of the net by Rowlatt on 45 minutes.

The second half started and Lancing’s keeper was called into action once again, impressively tipping James Thurgar’s effort onto the bar, and then denying a shot from Lewis moments later. 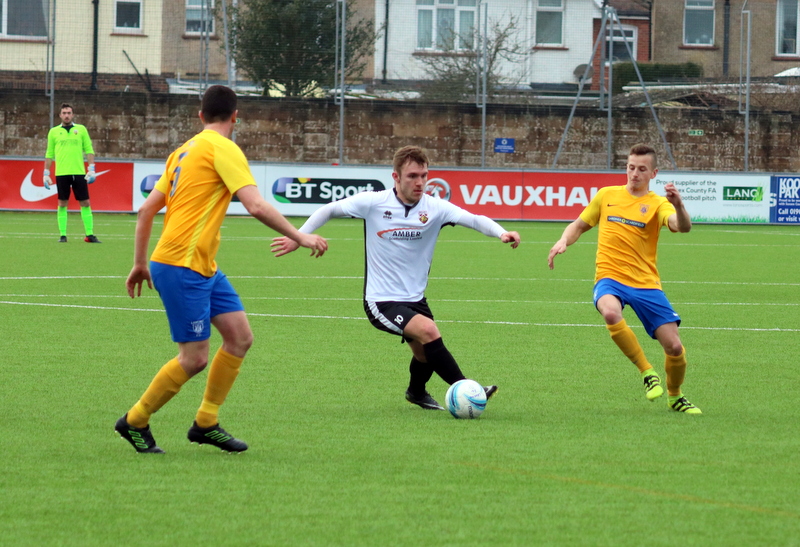 Lions keeper James Binfield had a quiet afternoon as Lancing were unable to muster up a chance and Pagham saw out the remainder of the game to secure the points.

After tomorrow night’s match at Culver Road, Pagham’s next fixture sees them go up against Eastbourne United in the league.