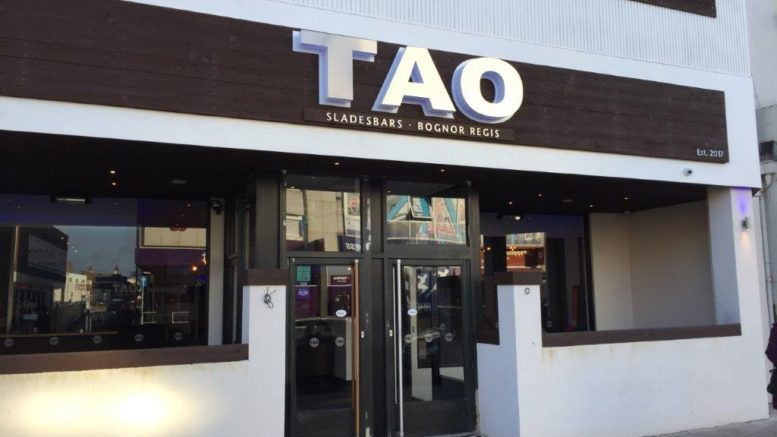 Owner Daniel Slade says it is a dream come true to open his new bar and entertainment venue in Bognor — and he says he hopes it will help put the town back on the map.

Tao has been 10 to 12 years in the making for Daniel, who has plenty of managerial experience from working at a JD Wetherspoon to helping the start-up of the Mud Club and he still can’t believe his vision has come true.

He explained: “It’s very strange, it almost feels like a dream when I still walk in sometimes and think, ‘oh god it’s actually open’, because of the long days and nights I’ve had in this building on my own, with the vision I had and the number of hurdles in the way.”

It is said that the nightlife in Bognor is dwindling, and according to Campaign for Real Ale (CAMRA), 29 pubs are being closed every week in the UK — with Bognor pub The Alex, in London Road, being the latest victim of this trend.

There are many Bognor residents who have took to social media to post on the bar’s Facebook page expressing how Tao has given the town the boost it has needed, but Daniel wants it to be more than just a bar. 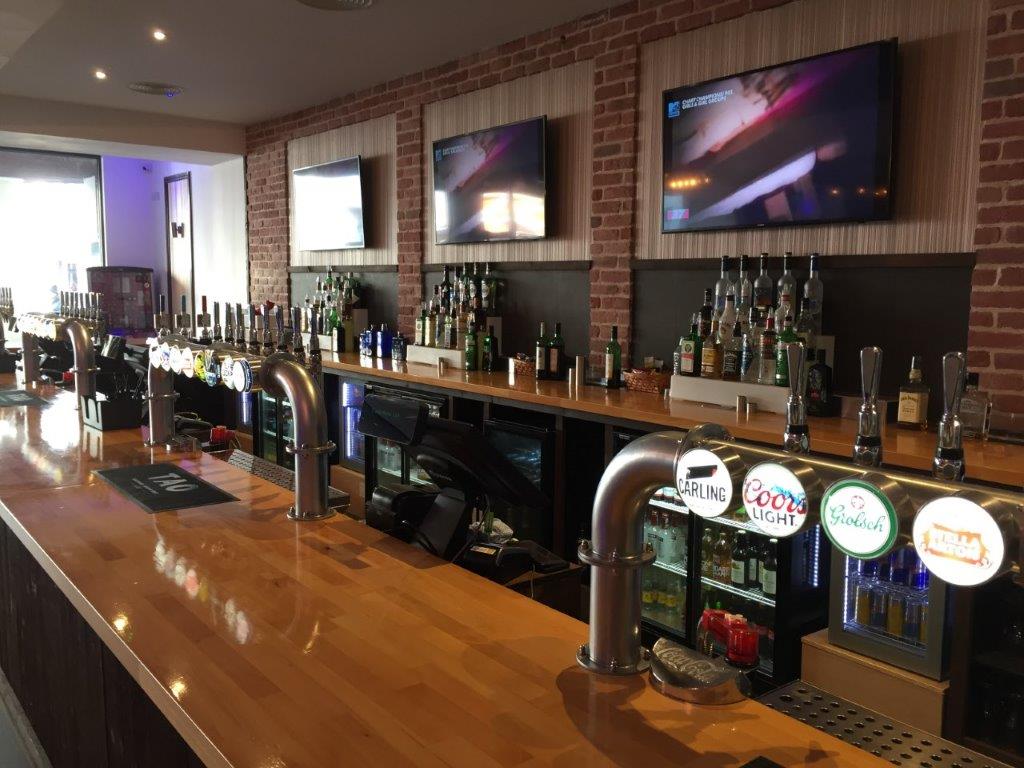 He said: “I chose Bognor, and no disrespect to the other venues, because of the lack of competition, you know, it’s not a boozer, it’s not a pub, it’s more than just a bar, it’s a venue for all and that’s what I want to progress it into, a multi-purpose entertainment venue.

The support, since the bar’s opening back in December 2017, has been through the roof, with many people praising the service and atmosphere, says bar supervisor, Billy Stevens.

He explained: “It’s definitely given Bognor the boost that it needed, with what else we’ve got around here there’s no comparison to us really, and I think with what we’ve got coming up as well throughout the next year, we’ve got a lot of plans coming and it’s only going to get better.

“So, yeah 100 perc ent it’s definitely what Bognor needed, and everyone has shown us that by giving us tons of support throughout the first month.” 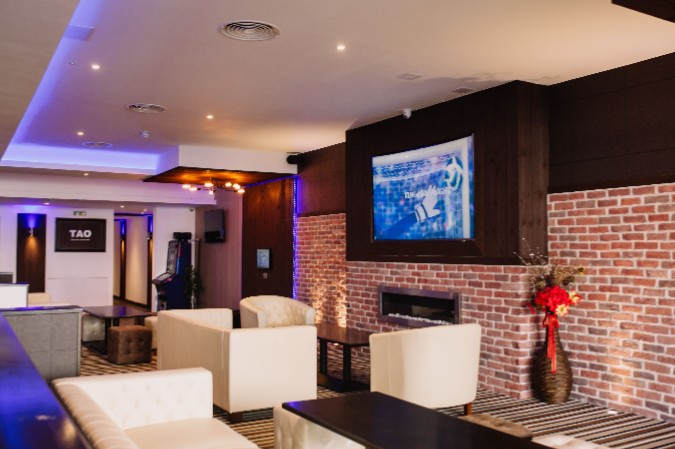 Tao offers plenty to experience throughout the week, from all kinds of sport on the TV, to themed Friday nights including; funk, 80s, singles, comedy and much more, to DJs on Saturday nights.

However, the bar offers a number of discounts and with lots of new features in the works, Tao will hopefully become more than just a bar you visit in the evenings, says Daniel.

He added: “We want to push the day trade now, let people know that we serve high-end quality coffee, you know, we do discounts for students, OAPs, armed services, emergency services, postal services, Monday through to Friday. Also, children friendly — we’re adding a new little Lego lounge and a mini cinema for the day time.” 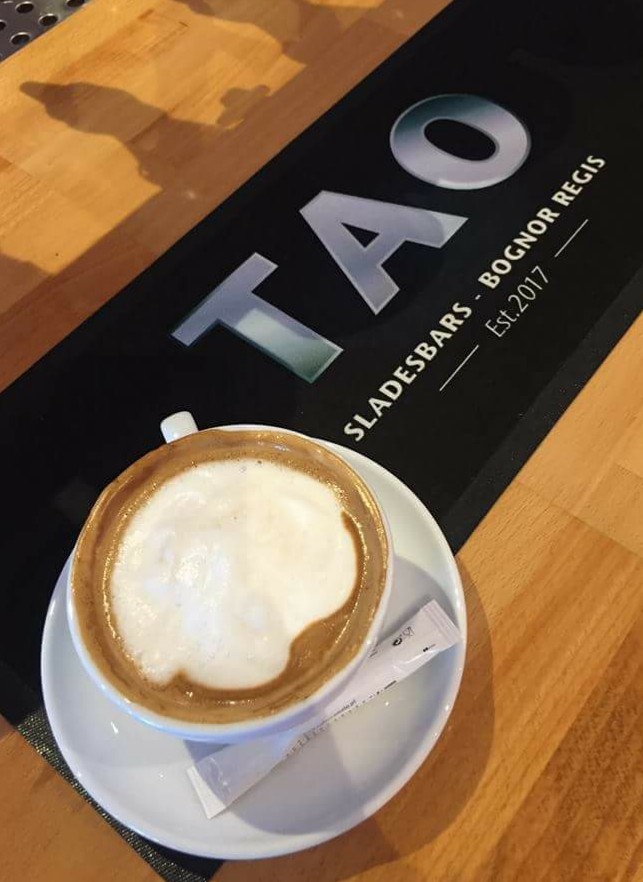 There is lots to enjoy during the daytime; from good music, nice visuals on the TV, things for the kids to do, nice areas to sit out front with an outdoor fire and Tao will soon be serving food but not until mid to late spring, says Daniel.

He explained: “We’re going to be doing Tao tapas, so small plates, so anything from sweet potato fries, little slider burgers, mussels etc… three for a tenner that kind of thing. Because of the layout with the lounge area and high tables, it’s more casual eating than formal dining.”

Tao has some exciting things planned for the future and it is definitely long overdue for Bognor, says bartender, Sam.

He added: “For me working at Tao’s has proven to be an enjoyable and interactive experience. It has the ability to connect new friends and reunite old ones making it an ideal socialising venue for everyone in Bognor.” 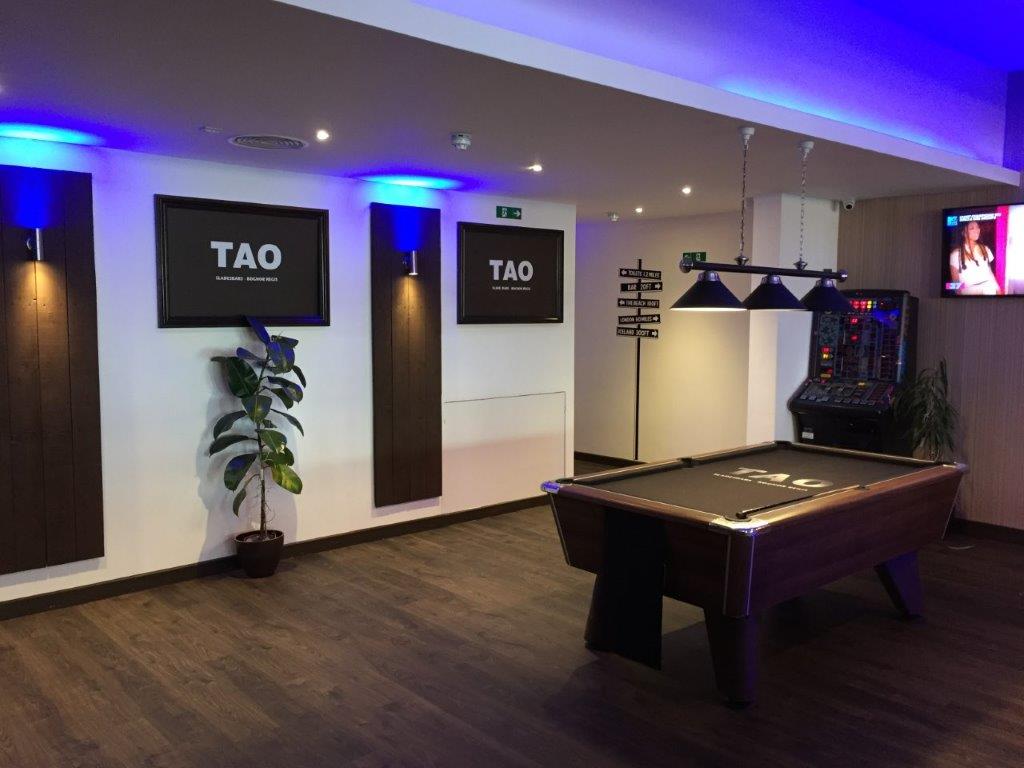 There are plans to bring in more students with discounts etc as well as a big disco room for Rag Race in March. Additionally, Tao hopes to be the hub for England fans during this year’s World Cup by unveiling a 200-capacity fan zone room for the dedicated football fans.

Constant growth is crucial for the progression of Tao and most importantly the aim is to keep people wanting to come in, says Daniel.

He added: “All I want is to make everyone feel welcome, so people don’t just think it’s a wine bar, or sports bar, or club or pub they realise actually, any occasion you can go in Tao and we’ll cater for you”.