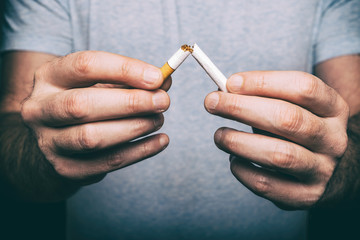 Residents of Bognor who are concerned about the sale of fake tobacco are encouraged to attend an event in the town centre to learn about the dangers of the drug.

West Sussex Trading Standards (WSTS) officers will be on hand to highlight the risks of fake tobacco and will be accompanied by sniffer dogs from BWY Canine Ltd.

This will be one of two events with the first one taking place in South Street Square, Worthing on February 19th and the second on February 20th in London Road, Bognor.

Fake cigarettes can cause all kinds of dangers as they frequently fail to self-extinguish, making them a larger risk of causing fires.

He explained: “If you know of anyone selling illegal tobacco or cigarettes or have any suspicions or concerns, you can come and speak to our team in Worthing or Bognor Regis.

“Businesses caught selling illicit tobacco can lose their alcohol licence and traders can even go to jail.

“We would always advice that you buy from a legitimate business and contact us if you have any reservations.”

She said: “Our trading standards officers have done some excellent work when it comes to putting a stop to the sale of illegal tobacco.

“Fake cigarettes pose all sorts of dangers and I would strongly encourage anyone who has concerns to come along to one of these events.”

The event will also be attended by West Sussex Fire & Rescue officers as well as SmokeFree West Sussex who will be educating people on how to reduce the risks to residents from smoking.

Bognorphenia is back! And it’s set to be bigger and better than ever…