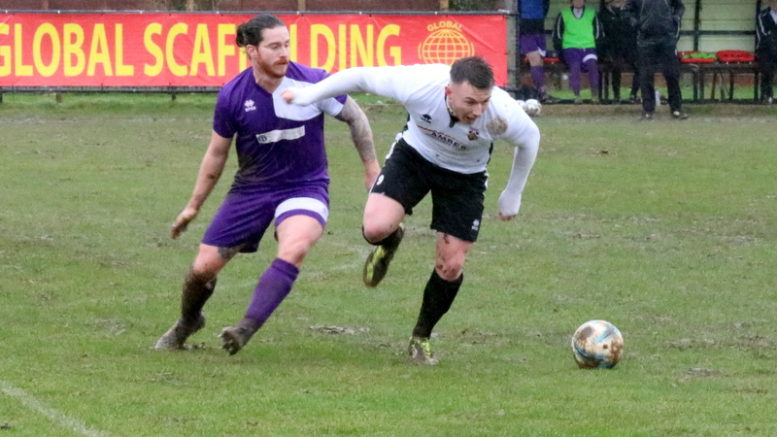 Torrential rain forced the referee to abandon play between Pagham and East Preston just seven minutes into the second half of this SCFL Premier Division match.

The Lions were leading 1-0 at the time, but due to heavy rain throughout the first half, the pitch had transformed into an unplayable swamp and became the first match, in 47 years at Nyetimber Lane, to be called off in this way.

The game wouldn’t have even started if it wasn’t for the tremendous effort from the ground crew, but it got underway and Terrell Lewis had Pagham’s first chance but it was well-saved by EP’s keeper, Ben Purkis. 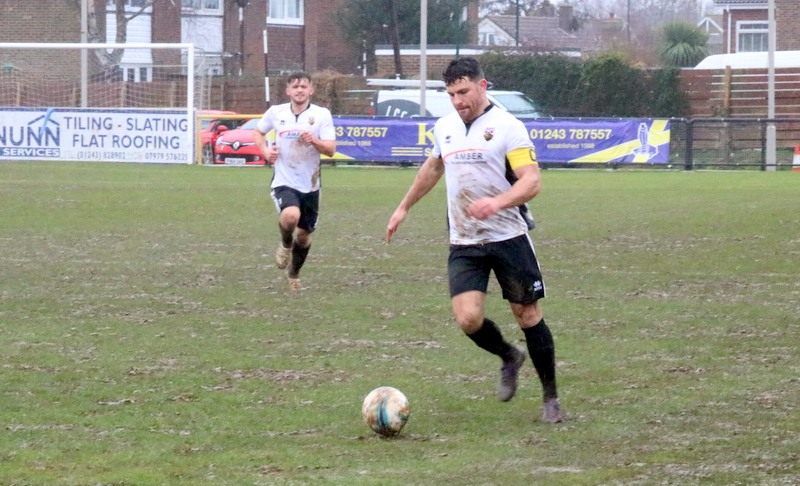 The deadlock didn’t take long to get broken and it was Pagham’s top goal scorer, Dan Simmonds, who would be second in the table on 20 goals if not for this game’s abandonment, that put his team ahead.

A long clearance from the Lions’ defence bounced its way through to Simmonds, who turned past one defender before slotting the ball into the back of the net. 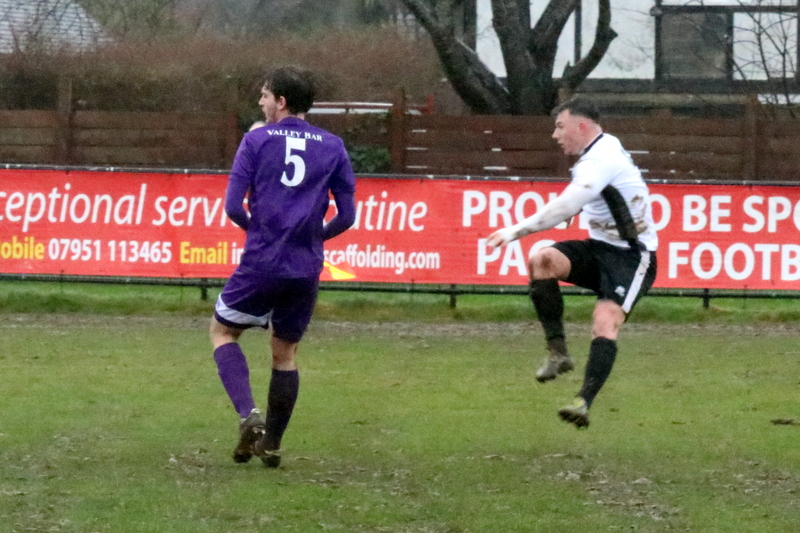 Pagham had all the chances in the first half. First, Simmonds hit a shot from 20yds out that fizzed just wide of the post. Next, Andy Chick’s free-kick was denied by a fine save from Purkis. Then, Daryl Wollers was deprived of a goal after being called up for a foul on the keeper.

Good play from Chick and James Thurgar set up Lloyd Rowlatt, who skilfully lifted the ball over Purkis, but watched as it narrowly dropped just over the crossbar.

The second half got underway, after some inspections from the officials at the break, and East Preston mustered up several attempts on goal, but nothing tested Lions keeper, James Binfield. 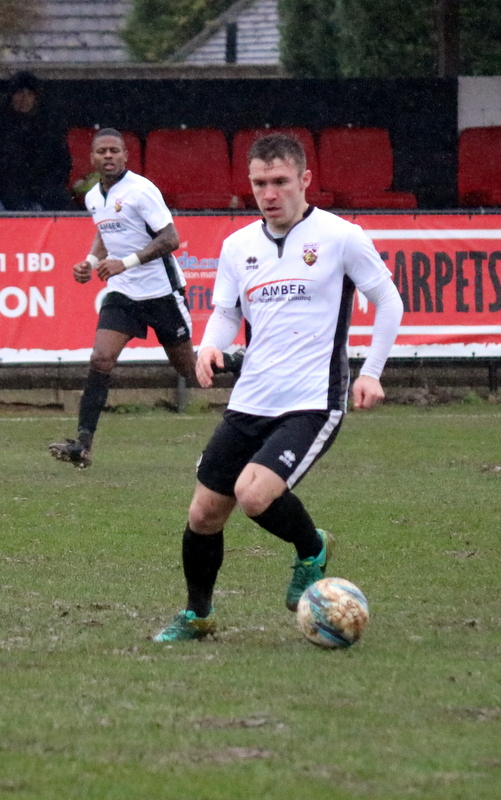 The match was then stopped around the 52 minute mark as the referee thought the game could not continue due to the heavily waterlogged pitch.

Pagham’s attempt to increase their league standing will continue Saturday when they travel away to Crawley Down Gatwick.

Meanwhile, the Lions’ reserve side faced a similar situation in their game at Mile Oak. Pagham were 3-1 up before the match was abandoned due to the drenched playing conditions.