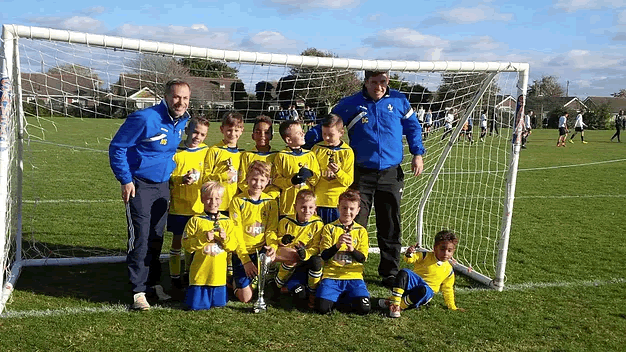 BUDDING Premier League stars are basking in the spotlight after getting one over on their rivals teams with a thrilling cup victory.

Felpham Colts under 9s beat Chichester City Youth 3-0 in the Cathedral Cup final at Palentine Park in Worthing on Sunday.

“The lads were very impressive and it’s another fabulous win for them, no more than they deserve.”

“They are getting better and better and what is pleasing is that they are listening to the coaches and enjoying their football. Of course, winning matches helps them want to improve and develop their game. And it goes without saying that winning games helps massively with their confidence too.”