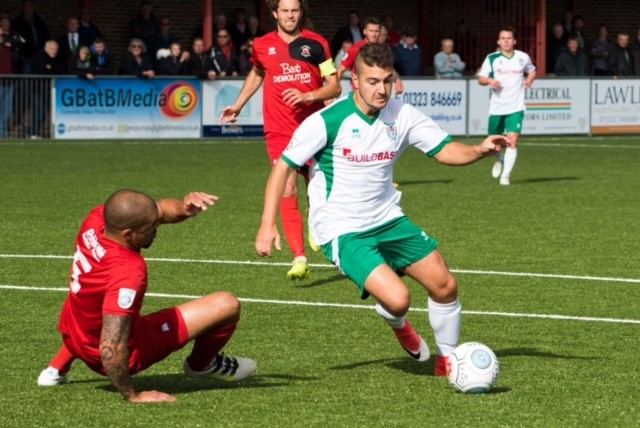 Ollie Pearce will aim to replicate his two-goal haul in the next round of the FA Cup at Oxford City after he helped Rocks see off Eastbourne Borough.

Bognor were today drawn to go to Oxford in the fourth qualifying round of the competition following their battling 2-0 victory over Boro, bossed by former Nye Camp supremo Jamie Howell.

Striker Pearce struck twice in a victory that was earned with stoic defending, good discipline with the ball and an expansive approach to the game. His first game from an outstretched toe in the box on 12 minutes and the follow-up strike just after the break after efficient work from Jimmy Muitt. 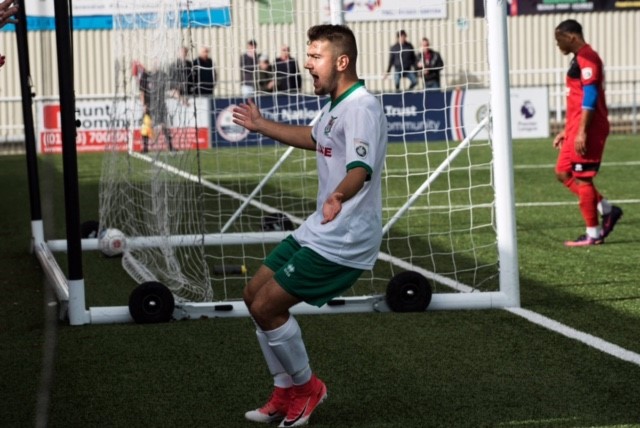 In a quirky twist to the tie against City, which will take place at their Marsh Lane home on October 14, Jack Pearce’s men were due to host their opponents in a Vanarama National League South fixture. City are currently 19th in the league standings.

The Rocks get the chance to improve on their league standing, currently in 18th spot, this Saturday when they go to Dartford, who sit in fifth place in the table.