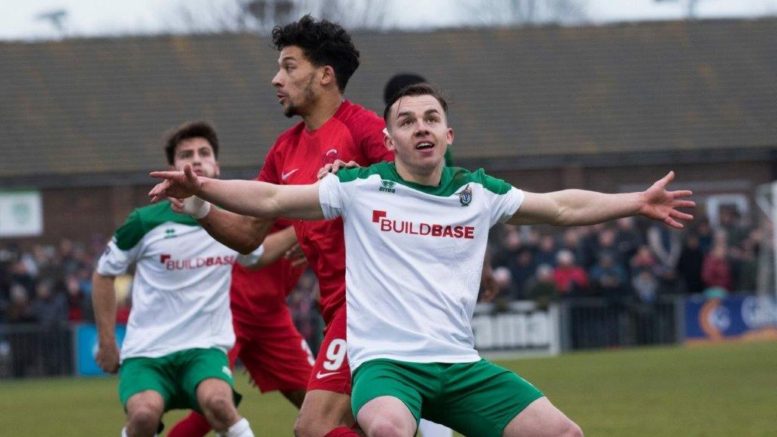 James Crane knows all about important goals in the FA Trophy. He scored one last season against Altrincham in Bognor Regis Town’s amazing run in the competition, which was cruelly stopped by Grimsby Town in the semi-final.

And Crane witnessed another very special strike from Jimmy Muitt as the plucky Rocks tried once more, in this second round clash, to find a path to Wembley. Muitt’s rasping thunderbolt drew the hosts level at 1-1 but Leyton Orient ended the dream with a 2-1 victory after extra time at Nyewood Lane.

Now, while the Os head to Dover Athletic in the next round following the draw earlier today, Bognor must forget the fanfare, hullaballoo and sheer occasion of Saturday’s defeat and sharpen their focus on avoiding the drop. Crocked Crane has an operation on his mind, meanwhile.

The Rocks host Wealdstone in the National League South this weekend and will do so without long-term injury victim Crane, who is in desperate need of an operation on his shoulder. So much so, in fact, that an appeal has been set up to pay for the surgery. It seems even the revenue from a bumper gate won’t stretch to entirely funding an operation to get Crane back on the pitch to help the relegation survival bid. 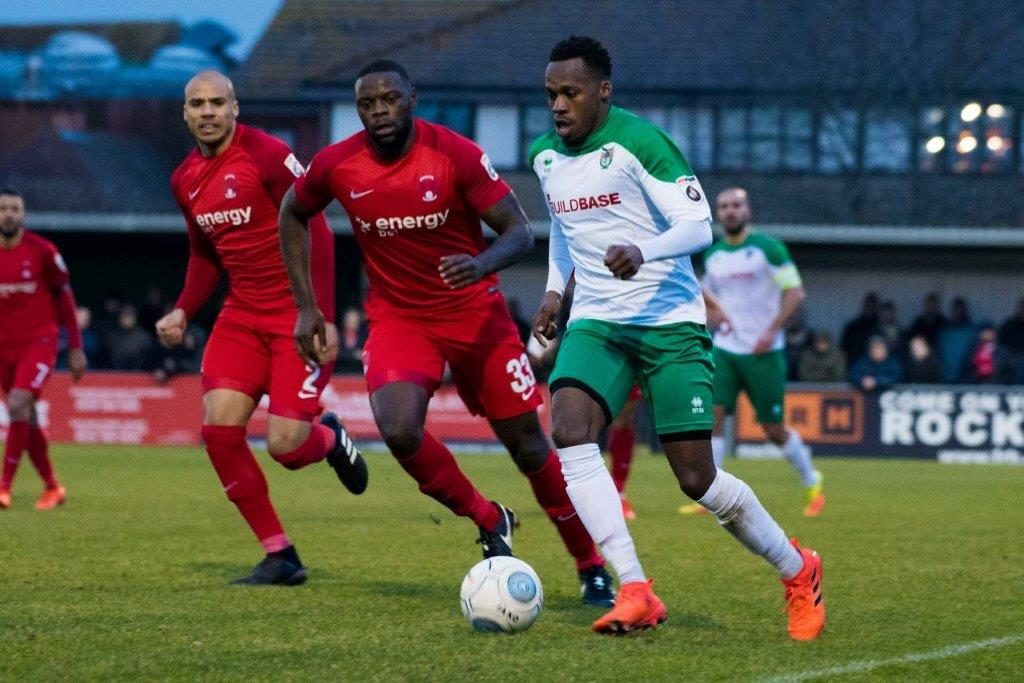 Another player in need of an operation is young central defender Corey Heath. He requires surgery on an ankle but the fee for such is said to be £6,000 and, again, for one reason or another the club can’t find the finances to fund this. It seems his parents will though. Yes, money is tight at the Nye Camp. Was it ever not the case? 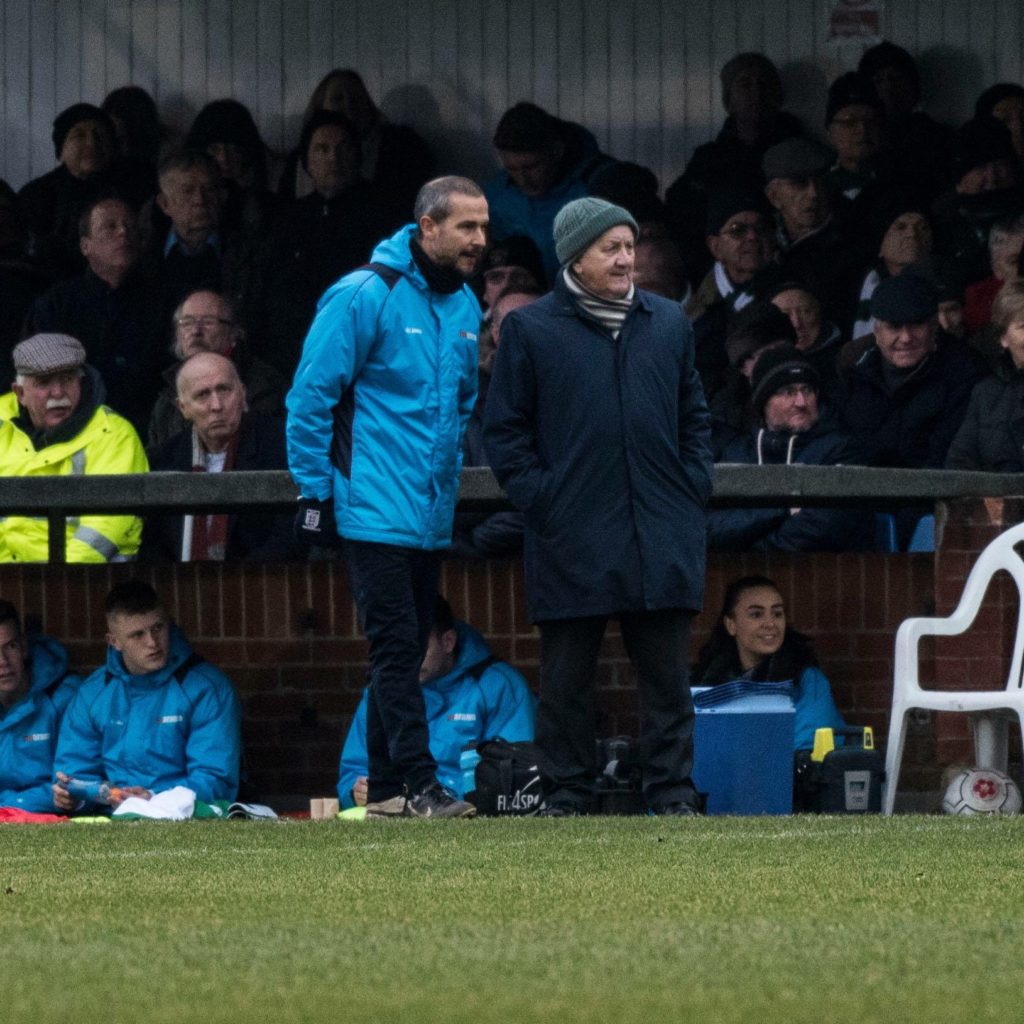 If the reverses can’t be turned to draws and the draws to victories then, sadly, demotion would appear to be the reality. The phrase “punching above their weight” springs to mind. Surely the stark reality to overwhelm even the most ardent of supporters (think Goldy, he of unswerving loyalty, or perhaps Ian Guppy, ever-cheerful doyen of the megastore) is the conclusion that despite the wonderful, on-the-deck football played by the Rocks, they lack the requisite power, strength and personnel to maintain their elevated position since promotion from the Ryman Premier Division last season. Especially in front of goal.

Testimony will tell you Darin Kilpatrick is a first-class coach; he seems to be able to do wonders with the players at his disposal and his charges deserve the highest praise for effort. Nor do they lack guile, skill or invention either, but you feel that if the squad had more of them, and fewer injuries (think Ollie Pearce, Chad Field, Keaton Wood etc) life would be easier. Survival on the cards. How manager Jack Pearce must dream of a cash-rich benefactor to boost his squad. 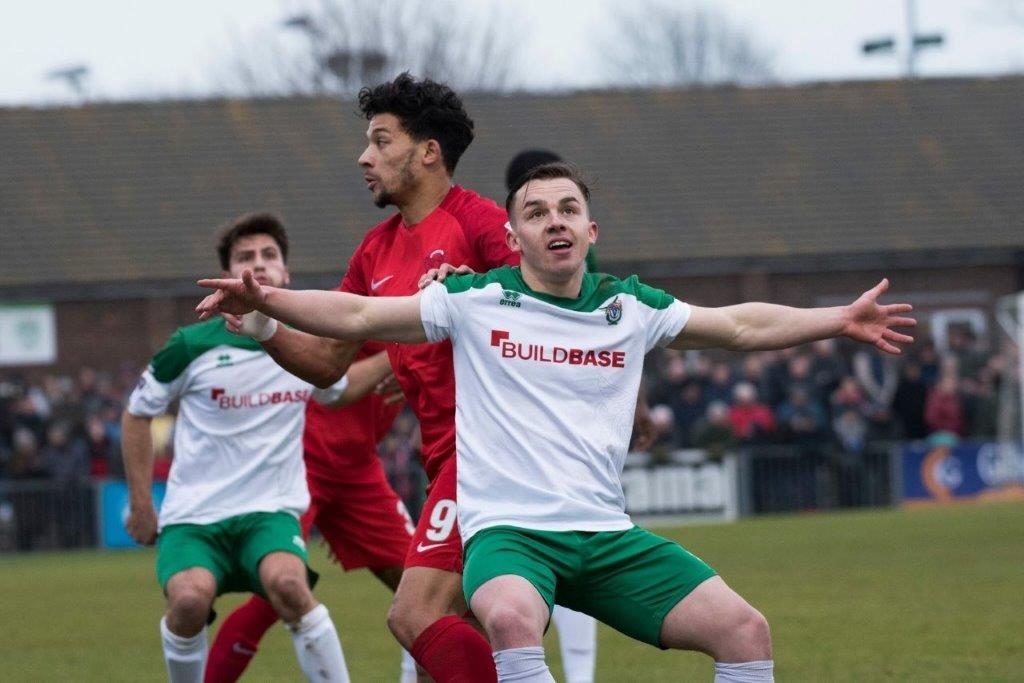 That said, it is hard to think of a team which has come to Bognor and outplayed the hosts entirely. Like the familiar “no money” line, the “no luck” version is equally permissible and justifiable. Indeed, the famous Leyton Orient, managed by former Porstmouth defender Justin Edinburgh, know all about little old Bognor now thanks to a lionheart performance. Bognor were better for periods; and a match for the professionals from Brisbane Road for the majority of this engaging encounter.

Yet, defeat it was. Now it’s back to reality. Bognor sit second from bottom in the league table, nine points ahead of Whitehawk (with wind back in their sails, seemingly) and a point below Poole Town in the drop zone, having played a game more.

How they could do with the energetic, versatile Crane. Or at least, in the first instance, the dosh to get him back in his boots. The blurb for his appeal says “Weʼre raising £1,000 to help to fund the private operation of James Crane.

“James Crane made his debut nearly 10 years ago away at Basingstoke Town and has embedded himself at the heart of all that is good about the club. 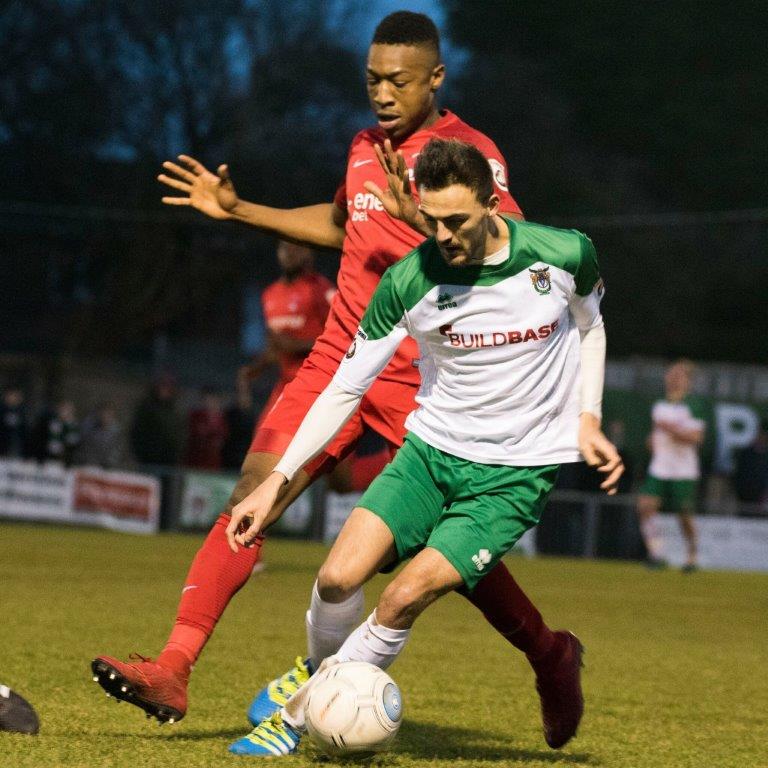 “A player who was superb, despite our double relegation from 2009-2011 and he was even more pivotal in our successes from then on helping get the club back to the National League this season, but his chance to play at the level was cut very short in a home game vs Gloucester City in September, James fell dislocating his shoulder.

“The initial prognosis was quite positive, but James now cannot play football again until he has had an arthroscopy stabilisation to correct his shoulder. 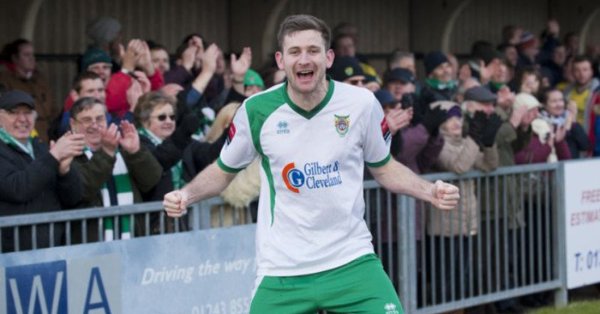 “This can be done via the NHS but due to the current flu epidemic “non-essential” operations are not being carried out and the operation may not be able to be done until the summer.

“Bognor Regis Town FC have offered to part fund the operation but cannot afford the whole cost. Please give what you can to help this Rocks stalwart get back playing and doing what he does best in helping the club remain at this level. A private operation could be done within a fortnight.”

You should go here if you want to donate.

The Ox unleashed on Rocks! Pompey starlet on loan at Poole and is poised to face Bognor