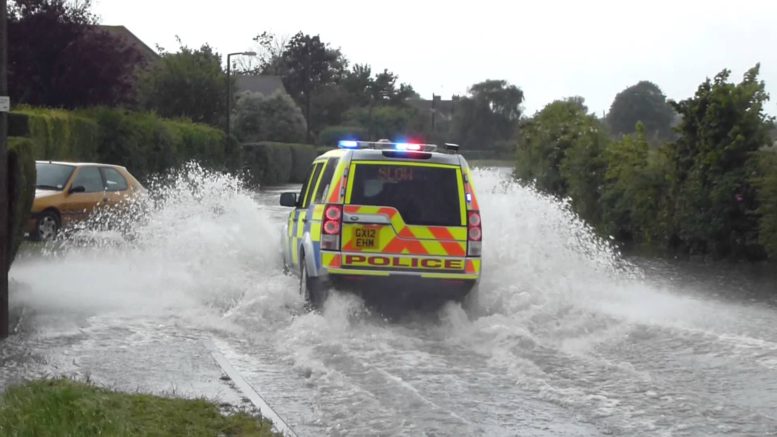 Home owners with growing concerns about extensive property damage caused by increased flood risks have been told to ensure they get the right insurance.

Residents in Pagham, Felpham, Bognor Regis and Chichester have endured huge problems with their properties because of flooding and the issue has become a major issue for those looking for building and contents insurance.

The UK experienced some of its wettest weather in a century in 2012. Widespread flooding affected more than 8,000 properties, causing £400million worth of damage.

Now Mike Maskell, of insurance brokers Robins Row, has moved to affirm insurance deals with the necessary cover are available. Mike, who is at the helm of the company based in Aldwick Road, Bognor Regis, said: “After this period insurers began to look more closely at how they were underwriting flood risks, not only in areas directly affected but also those post codes where there was potential exposure to flooding.

“In 2016 Flood Re was introduced (a joint government/insurer undertaking to provide affordable flood insurance) but there are restrictions and it is not offered to many homeowners, commercial risks or by all insurers.

“In our area this is a huge concern and it is sometimes difficult to obtain cover or large flood excesses are applied. There are, however, providers available that have access to specialist underwriters who will quote with full all risks cover, for flood cover only or provide insurance for increased flood terms such as increased excesses.”

Mike adds that flooding from rivers, water courses, tidal waters and even from the drainage system can cause extensive property damage that can run into thousands and so it would be inadvisable to accept a flood exclusion or higher excess.

He added: “We are pleased to be able to provide advice on flood cover and have access to those underwriters. In most cases we are successful in providing cover. If you are a homeowner, landlord or business that’s currently without flood insurance or have had severe terms applied get in touch online or on 01243 841710.”

Flood Re says it is “available to almost all homeowners with a property built before 2009. And more than 60 insurer brands – covering 90% of the home insurance market – are now able to cede policies to the scheme.

“Flood Re works by having insurers cede the flood risk element of a home insurance policy to the scheme, with excesses capped at £250. Since its introduction in 2016, four out of five householders with previous flood claims saw a reduction in the price of available quotes of more than 50 per cent.”