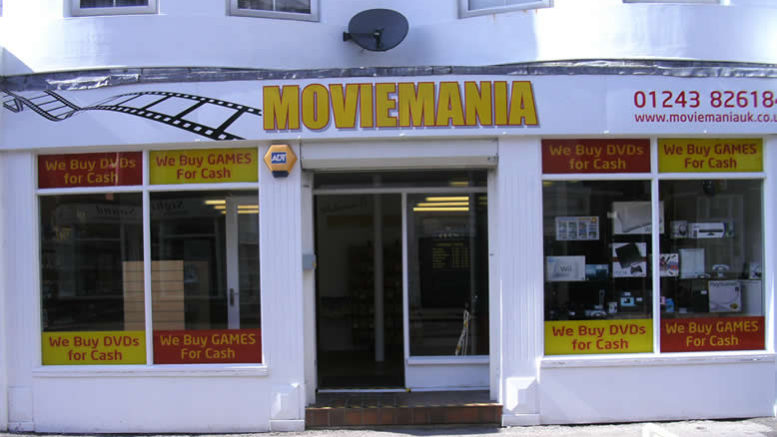 A prominent Bognor Regis store is set to call time on its business and the owners have, in part, blamed a closure of the High Street for a drop in trade.

And the shock closure has led to some townsfolk saying it is yet another death knell in the general demise of town centre business.

Moviemania, which trades in DVDs and computer games, will pull down the shutters for good on January 14.

A statement from the owners said:

“It is with deep regret that we will be closing our Bognor Regis Store on Saturday 14th January 2017. The opening hours will be 9am-5pm.”

“This has come about due to the past year being a difficult trading year, with the council’s decision to close the main Bognor high street for four months deeply impacting on our business.”

“We would like to thank all of our customers over the past 5 years and we hope you continue to use our Littlehampton store.”

“The council closed for an inordinate amount of time and the road and business was affected badly. It is no surprise that this has had a catastrophic affect on their trade and yet another death knell in the prosperity of the town centre and businesses in it.”

Gemma McNeil Greig, who works at the store, took to Facebook to say:

“Worked here for over a year great place and gonna miss my customers, such a shame for us all found out today.”

“I only just discovered the joys of this shop before Xmas and had planned to start using it. Such a shame.”