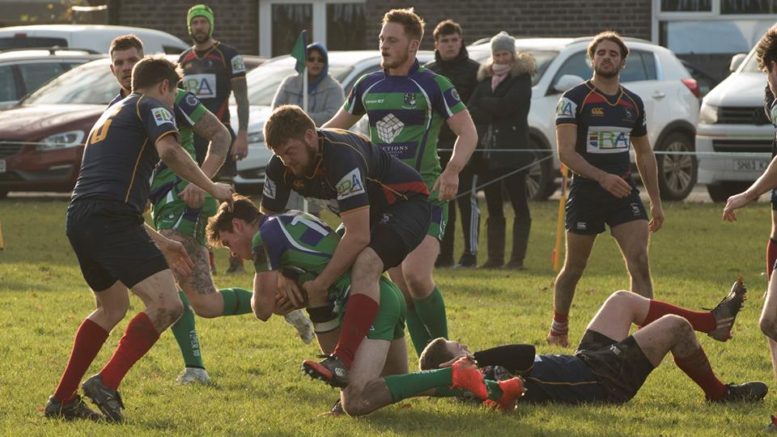 Chris Webb’s winning try secured a hard-fought 22-21 win for Bognor on their travels to Isle of Wight in this London & SE Division battle.

The Hampshire Avenue side are now only two points behind league leaders US Portsmouth. Next up for Bognor is their last match of the year on Saturday against third place Millbrook, who are just three points behind them.

IOW took advantage of the shaky start Bognor made when they went ahead. The speedy full-back managed to weave his way through a number of defenders to score.

Even with Bognor’s domination of possession they were hit again when the home side used good footwork to put a player over the line to score.

The visitors bounced back when Pat Gibbs received the ball out wide, after some accurate passing between Sam Newcombe and Josh Burgess, and finished his try well. Jonny Lang closed the gap with another try.

Right before the break IOW edged further in front taking the score to 21-10 at half time.

Bognor started the second half stronger than the first when some good link up play from Webb and Lang, as well as a good run from Paddy Burnett. The ball found debutant Alex Bosley who scored under the posts.

Dave Sweeney received the ball and delivered a fine pass to man of the match Webb, who went over the line to score the winning try.