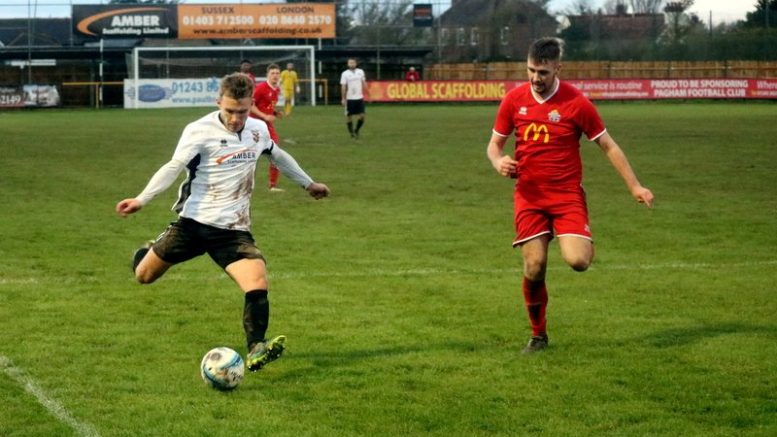 Pagham were forced to share the points with Peacehaven & Telscombe in a lacklustre 0-0 draw in the SCFL Premier Division.

High flying Pagham, who have scored 20 goals in their last four matches, couldn’t find the back of the net this time around.

Due to league leaders Haywards Heath dropping points at Worthing United in a 1-1 draw, this means Pagham remain four points behind the top spot in second place.

The in-form striker Dan Simmonds was absent for this match, so this meant it was up to his strike partner, Callum Overton, to provide the goals, with the latter unsuccessful in his attempts.

The best attempt of the first half came when Lloyd Rowlatt rattled the post with a fierce effort from 25 yards out. Lions keeper, James Binfield had a quiet first 45, only being called into action a few times but the shot-stopper made comfortable saves.

The second period of play started brighter with Overton being denied early on by the homes side’s keeper. Binfield had to be alert to tip over a 20-yard drive that was destined for the back of the net.

Next up for Pagham is the quarter-final of the Parafix Sussex Senior Challenge Cup, on January 16th, when they face Horsham.

Meanwhile, Pagham reserves are into the quarter-final of the Reserve Challenge Cup after a 5-2 win against AFC Vardeanians. The goals came from Jack Parkinson (3), Scott Rafferty and Michael Frangou. 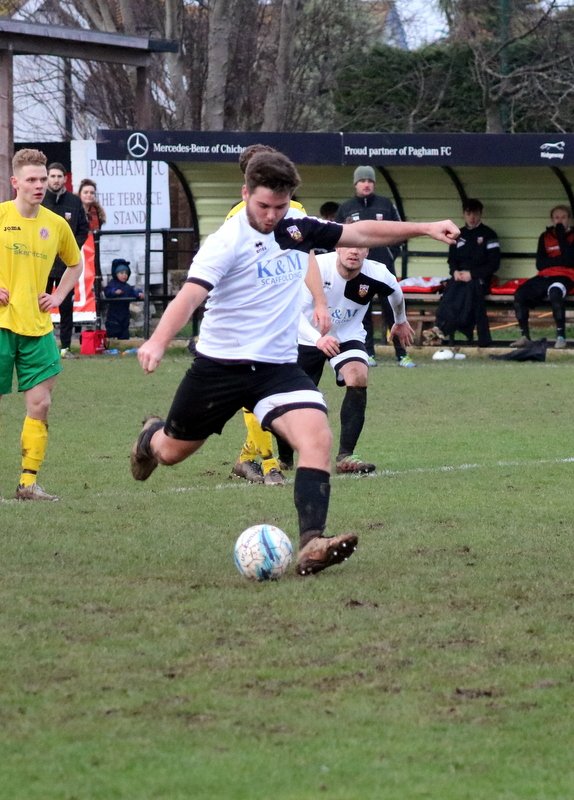 The Lions’ U21 side also found success in their first match of the new year, winning 3-1 at Eastbourne Town U21 and advancing into the semi-finals of the SCFA U21 Cup. The goals came from Ceri Marsh and Jack Parkinson (2).