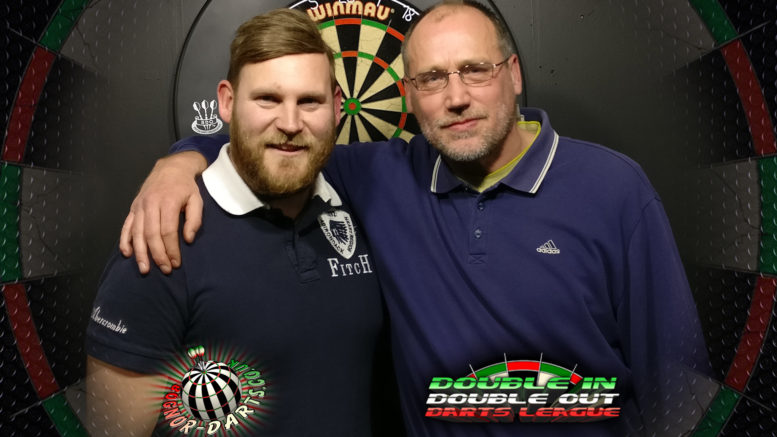 It’s a knockout for Jack Danahar and Richard Ragless as the QE2 duo came away victorious in this exciting darts final.

The pair beat Wayne Wadsworth and Cliff Prior, also from the QE2, to become Division 1 Pairs Knockout champions.

Meanwhile, the division 2 winners were Trish Kidd and Andy Cooper of Cabin Cruisers, after they beat Andy Chant and Rob Rice of Chi Snooker Club.

All the action unfolded at the Newtown Social Club where 31 pairs arrived to compete for the title.
Division 1 saw 12 pairs take part, the joint worst turnout in 14 years. The first semi-final saw Wadsworth, and his new partner Prior (QE2) go up against Adam Hall and Jack Sheridan (Friary Arms).

Prior hit a 130 in-shot, a 180 and the out-shot to take the first leg quickly. And the second leg was over almost as quickly as Prior and Wadsworth showed their experience to get to the final.

The second semi-final was between Danahar and Ragless (QE2) against Jim Robinson and Ashley Clements (the Hoff).

A close game to start with saw Danahar start with a 100 in-shot, followed by Clements with a 92 in-shot, but it wasn’t to be for the pair from the Hothampton Arms as they went down 2-0 to make it an all QE2 final.

The “best-of-5 legs” Division 1 final saw Prior win the bullseye over Ragless to get the first throw, and a 180 followed from Prior on his second throw to see a massive lead over their fellow team mates.

But a 140 from Ragless, sandwiched by 99 and 97 from Danahar gave them a chance, and despite multiple doubles misses from both sides, Ragless eventually hit the double for the first leg.

140s from both Prior and Danahar saw a close second leg. Wadsworth missed double eight for the leg, as did Prior, allowing Danahar to leave double top for Ragless, which he hit to go 2-0 up.

The third leg saw poor scoring from Prior and Wadsworth, while a 140 from Ragless was equalled by Danahar with a ton and 139 to leave 32.

All Ragless needed was one dart to hit double 16, for a 16-dart leg, the match win, making himself and Danahar the Division 1 Pairs Champions. 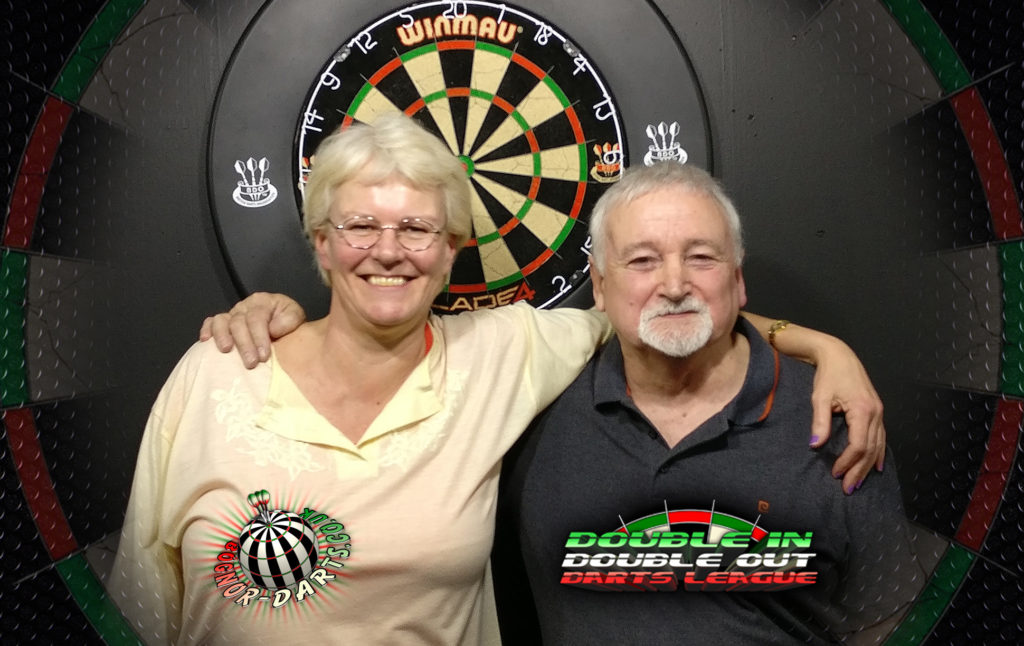 Division 2 saw 19 pairs turn up, the joint best turnout in 14 years. In the preliminary matches last year’s champions, Dave Owens and Nick Hales (the Hoffmeisters) managed to squeeze out a win, but eventually made it through to the quarter-finals, but they lost to Andy Stubbs and Mark Sheppard (Hunston Club).

Stubbs and Sheppard took on Kidd and Cooper (Cabin Cruisers) in the first semi-final, but that’s where it ended for them as they could only manage to win the second leg, giving the place in the final to Kidd and Cooper.

The second semi-final saw Chant and Rice (Chi Snooker Club) take on Gary English and Rob Palmer (Cabin Cruisers). Rice hit the double for the first leg, but English took the second leg. The last leg could have been anyone’s, but Chant hit the finishing double to take himself and Rice to the final.

The “best-of-5 legs” Division 2 final saw Cooper go first and get his in-shot. Chant followed getting his own in-shot, but Kidd followed with a 140. Even 94 from Rice left them far behind, and with consistent scores from Kidd and Cooper, they were on their finish.

Rice then hit a ton to leave a chance, a chance he got on his next throw, hitting single eight and double top for the first leg. The second leg saw Kidd and Cooper get the better scores, and with 85 from Kidd, and a ton from Cooper, they were on their double which Cooper took with one dart.

Again, both teams got their in-shot with the first throw in the third leg. Kidd followed with a ton, then Rice hit 101, but it was all too late as Cooper hit double 10 for the leg.

Leg four saw 95 from Chant, but 81 from Cooper, and 125 from Kidd eventually saw them left with 170. Cooper stepped up and hit the two treble 20’s needed, but the bullseye didn’t go in.

Kidd missed the double after hitting single 18, but their opponents were too far behind, leaving it open for Cooper, who only took one dart to hit double 16, taking the win, making himself and Kidd the Division 2 Pairs Champions.

Maximum high! QE2 ace Prior on target to deliver top shots in victory over Newton Raiders