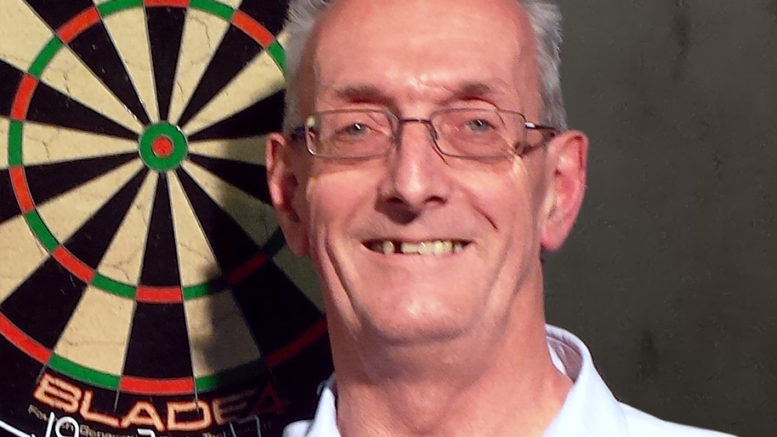 League committee members paid tribute to their popular late chairman Mr Hackett by dedicating the event to his memory.

Mr Hackett passed away peacefully on Monday 5th March after a year long fight with leukaemia. He was part of the darts scene in Bognor Regis and the surrounding areas for more than 50 years.

He became chairman of the Bognor Regis Old Folks Darts League back in the late 1990s to early 2000s and was responsible for the league being renamed the Benevolent Darts League.

He then took on the role of chairman again in 2014. Because of this dedication to local darts, the current Benevolent League committee have renamed the Over 60s knockout, which he won four times, in his name.* 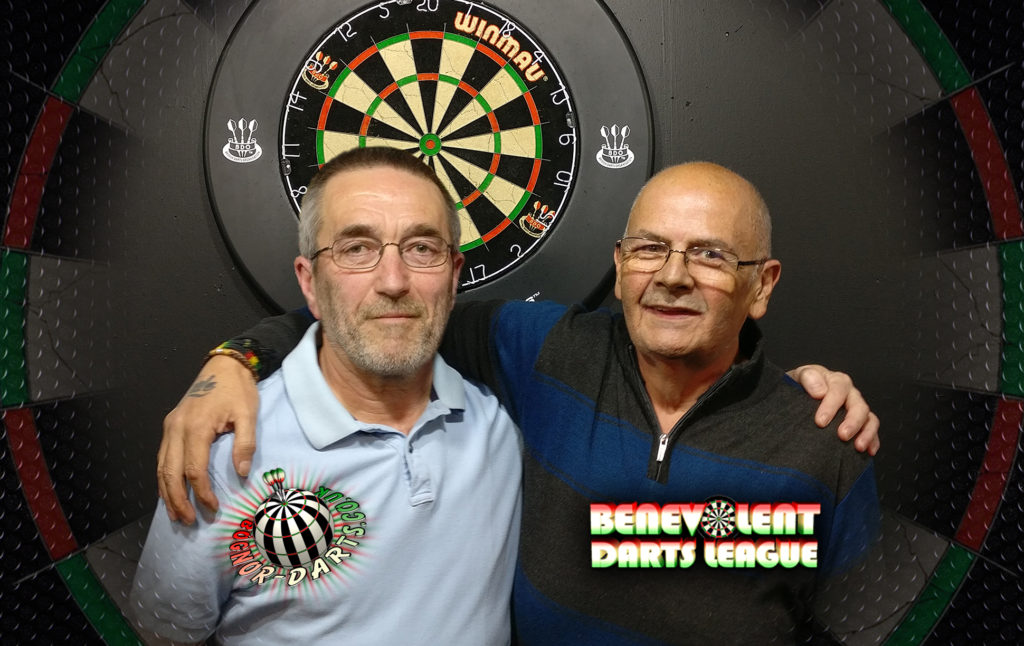 On the oche, Barton was not alone in tasting success as Hayley Gatford (Hunston Hares) was crowned ladies knockout champion. The action took place at the Newtown Social Club and saw a better turnout than last year with 28 players taking part over both knockouts.

The ladies knockout saw 15 players take part. The first round saw a 180 from Doreen Hayler (Richmond Rebels) but she lost the leg, eventually being knocked out by last years champion Emma Bist (Aldingbourne Mavericks).

The first semi-final saw Bist take on Rhonda West (Richmond Rebels). West got off to a great start, but still allowed Bist to catch up after missing doubles, but the leg went to West. Bist had the better second leg, eventually hitting the double. The last leg saw Bist score better and reach the double first, but she struggled to finish the leg. This allowed West to catch up and sneak the finish to get to the final.

The second semi-final saw the six-time champion Gatford take on 3-time champion Julie English (Friary ‘C’). A ton from Gatford to start was her only high score, but scores of 83, 95 and 83 from English saw her reach the double first and take the leg.

West hit treble 20 with her first dart, but totally missed the 18 to have a chance at the bullseye. Both players missed doubles on their next throws, but Gatford took 2 darts next time round, taking the leg, and the win, and taking her 7th Benevolent Ladies knockout champion title.

The over 60s knockout saw 13 players take part, three more than last year. And as mantioned, with the passing of the league chairman on the Monday before the knockout, the league committee decided it was only right that this knockout was renamed in his honour, to now be called the Roger Hackett Over 60s Trophy.

The first semi-final saw two-time and last years champion Larry Chant (Aldwick Legion) take on three-time champion Derrick Longhurst (Claremont). Chant started with a ton, followed by 95, and hit another ton on his 4th throw. Longhurst then hit a ton, but it was too late, as Chant hit double 10 for the first leg.

The on form Chant then hit scores of 85, 140 and 130 in the second leg, leaving Longhurst out of contention. But a miss at double 18, then double 9 for Chant let Longhurst have a go at 115. He hit treble 20, then single 15, but double top was low off the mark. Both players then missed for two throws, but eventually Chant hit double 1, to take the win.

The second semi-final saw the 2015/16 champion Barton (Claremont) take on team mate, and last years runner-up, Andy Cooper, who scored a 180 in the previous round. Barton started with two scores of 81, and followed with a ton and 85, giving him a great lead over Cooper. Misses on doubles allowed Cooper to catch up with Barton, but it was Barton who eventually hit what was needed.

Better scores from Cooper in leg two saw him reach the double first, but a ton from Barton left him with a chance. With 107 left, he hit the treble 19 and single 10, but the double top was missed. Cooper then took all three darts, but he won the leg.

The last leg saw Cooper get the better start, while Barton left himself the maximum finish of 170. Cooper had 104 left, and hit the treble 18 to leave the bullseye, but he hit the 25, failing to finish. Cooper failed to end the game, allowing Barton to catch up, hitting 102 to leave double 4, which he hit on his next throw, taking him to the final.

The final saw Barton win the bull for the first throw, and both he and Chant hit two tons, but Barton hit 131 to leave himself double top which he missed. Chant was left with 90, but after hitting the treble 20, he hit double 10 instead of double 15 to take the leg.

That 140 left Chant with double top, but he missed it. Barton had the same score of 40 left, but missed, hitting double five with the second dart, but double 15 was hit with the last dart, taking the leg, the win, and the title.

*For those wishing to attend, Roger’s funeral is at 2.45pm on Wednesday 21st March 2018, at Chichester Crematorium. Afterwards everyone will be meeting at the Newtown Social Club for drinks, food and maybe a few games of darts. Family flowers only, but donations can be given to Leukaemia UK, c/o Kevin Holland Funeral Service, Chichester Road, Bognor.

Prior conviction! Darts ace Cliff is the star performer in QE2’s victory over Friary Arms