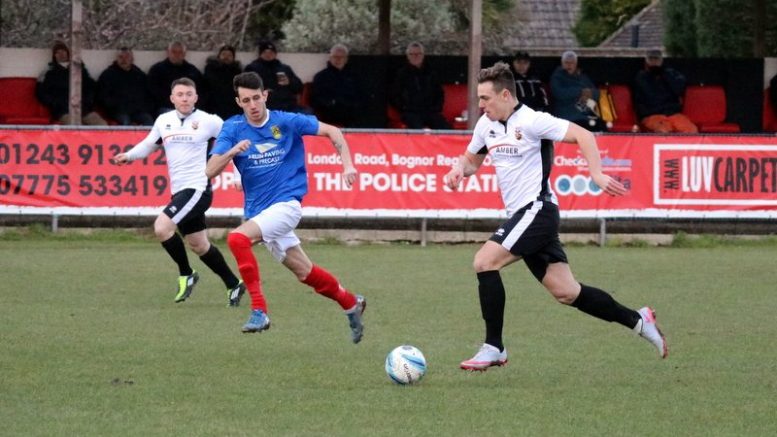 Callum Overton and Dan Simmonds hit a brace each in Pagham’s thumping 5-1 victory over Littlehampton in this thrilling SCFL Premier Division clash.

The Lions could round off a successful 2017 in style with their two remaining games. First is the Boxing Day derby at Chichester, then they host Loxwood, who sit just three points behind them in the table, on the 30th.

The first goal came in the second minute when Lloyd Rowlatt delivered a ball into the box that found Overton, who blasted the ball into the back of the net.

Pagham’s lead was doubled after Simmonds was upended in the box. He coolly converted from 12 yards out and the home side were feeling comfortable. 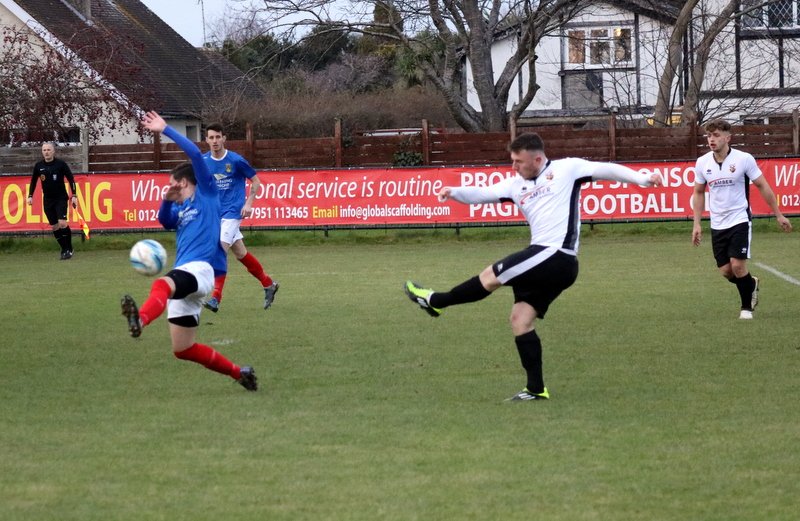 The visitors went close on a number of occasions, but their best chance of the half came when Lucas Pattenden went through on goal only to be denied by a timely tackle from Joe Booker.

The second half begun, and the hosts extended their lead quite quickly when a Rowlatt shot was blocked and fell to the feet of Overton who dispatched his chance with ease. 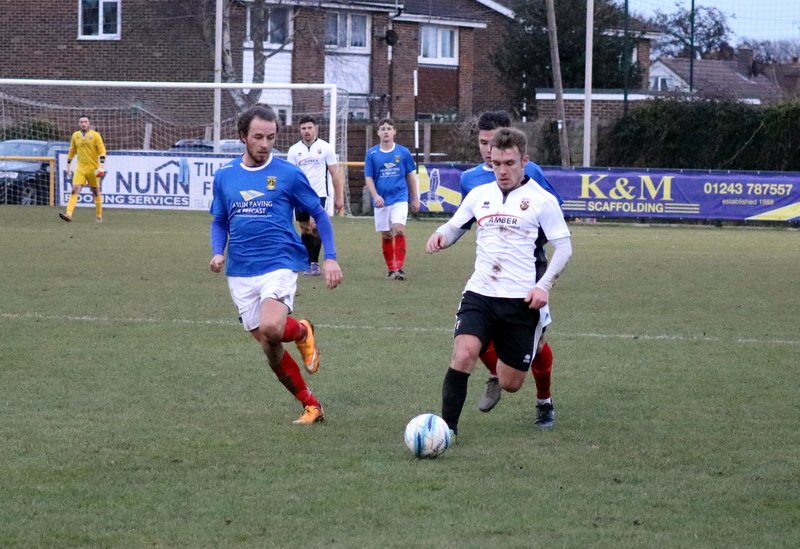 Littlehampton got a goal back after a free kick from Ross McKay travelled through a crowd of players and went in of the post beyond the diving James Binfield.

James Thurgar denied any chance of a Littlehampton comeback when he smacked a fierce shot into the back of the net for Pagham’s fourth of the game. 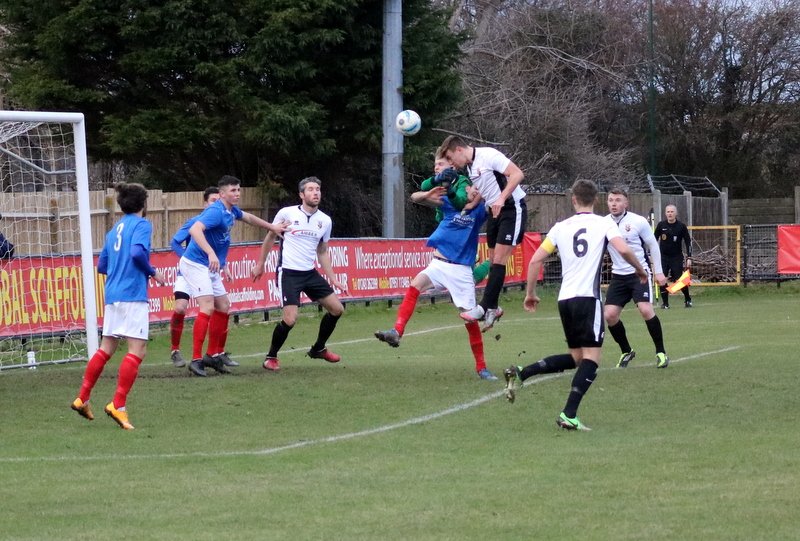 The fifth goal came after a pinpoint pass from Andy Chick split the defence and found Simmonds who finished his second goal of the match, and his 14th of the season.

The visitors created a couple of chances before the final whistle. First a shot was well saved by Binfield, then a free-kick rebounded off the crossbar.

With thanks to JON ROSE Pictures: ROGER GOULD