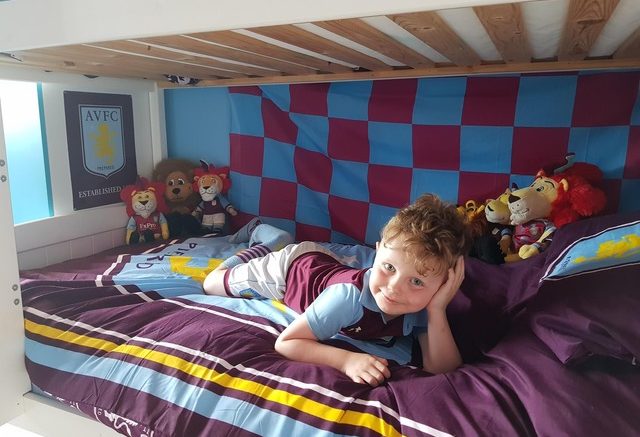 Dismayed dad Marlon Carrington has hit out at the government after son Carter’s disability living allowance was axed — despite the four-year-old having a leg amputated.

Carter has bravely overcome his disability in so many ways since he was born with fibular hemimelia (the same condition as Oscar Pistorious) and it was decided he should have his left leg amputated to save him from growing up in constant pain and having to undergo many operations.

It was feared not having the operation would have led to Carter having one leg eight inches shorter than the other and having to be in a wheelchair or walk with a stick.

After lengthy discussions with experts, his parents agreed that amputation was the best option. A prosthetic leg allowed Carter to walk by the age of 14 months.

Carter, who attends Rose Green Infants School and lives nearby with his parents (mum Aneka) and sisters Millie, eight and Katelan, 13, battles through barriers on a daily basis and takes part in taekwondo lessons and is a keen footballer.

And his courage was recognised by his beloved Aston Villa football club when star player Jack Grealish led him out as a mascot against Nottingham Forest at Villa Park last season.

Since then Grealish and a number of other key figures at the Birmingham club, including multi-millionaire owner Tony Xia, have taken a keen interest in the inspirational younger. 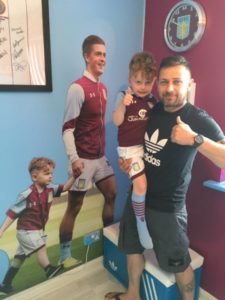 Now, though, a government body has told Carter’s parents that their son no longer qualifies for the £310 montly payments. They are set to appeal.

Marlon, a draftsman from Bognor Regis, said: “It’s a strange country we live in when a four-year-old amputee gets declined DLA (Disability Living Allowance). It’s hard to believe.

“He is such a good boy, he rarely complains and we have no tantrums from him. When you think of all that he has achieved so far, overcoming what has been put in front of him it’s so disheartening. 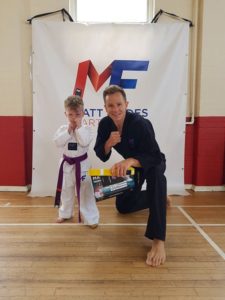 “People don’t see the things he goes through behind the scenes and the pain and soreness he suffers from when he fights through the barriers to be the best he can be. But, apparently, he needs to be a double amputee to qualify!”

Marlon has nothing but praise for Aston Villa and the way in which the Championship outfit have embraced Carter, who has a huge image of his as mascot with Grealish on his claret-and-blue bedroom wall.

He said: “Villa have been magnificent. The way we are welcomed is incredible. It’s crazy when we go to Villa Park. So many players and ex-players and managers know Carter and say, ‘hi’. We have now got season tickets and will go to the majority of home games next season.”