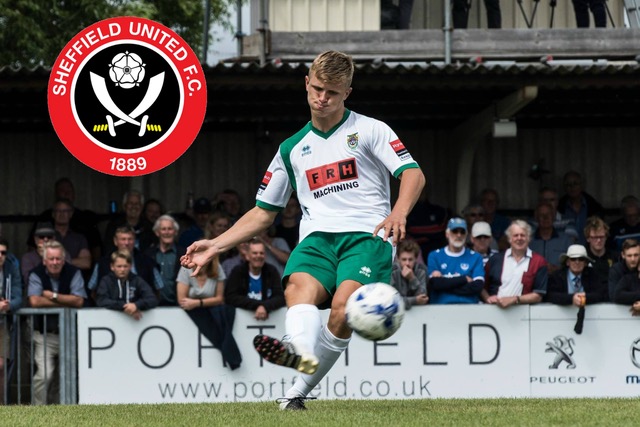 Block, 17,  is also said to be on the radar of League Two Stevenage. He made just one appearance for the Rocks last season, in the 4-0 win at Sudbury as the Nyewood Lane outfit secured promotion from the Ryman Premier League.

Rocks’ manager Jack Pearce, along with coach Darin Kilpatrick, are said to have high hopes for the emerging talent, who was at Albion as a young teenager, and he played 20 minutes of the second half in the 2-0 friendly match reverse against Pompey on Saturday, when he replaced Chad Field.

It is believed representatives from the Blades have shown interest in Block’s availability to join the highly-rated Bramall Lane academy. The news comes after we revealed former Pompey right-back Calvin Davies, influential in the promotion to the Vanarama national League South last season under manager Jamie Howell, was set to go on tour to Scotland with Bristol City U23s in the hope of securing a full-time contract.

Bognor continue their pre-season schedule with a visit to Chichester City on Wednesday, with a 7.30pm kick-off.  Next up after a trip to Oaklands Park, Rocks go to Horndean on July 22 (3pm) then host Crawley on July 26 (7.45pm) before heading to Gosport on July 28 (7.45pm).

Before the defeat at home to the Blues, Bognor secured a 4-0 win over Worthing at Woodside Road. The Vanarama National League South campaign begins at home to Bath City on August 5.