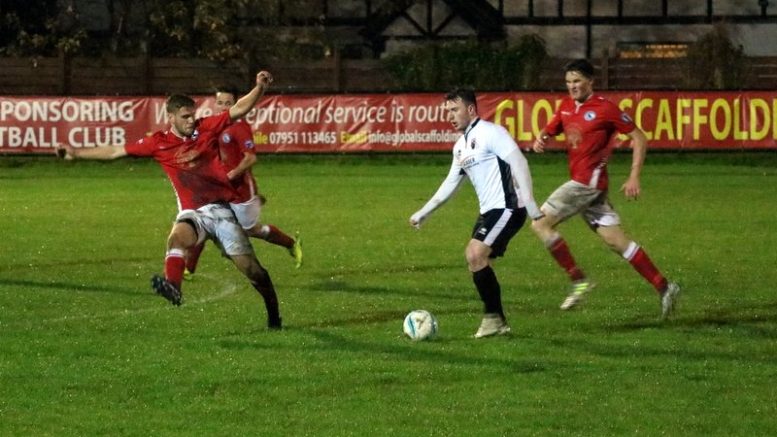 Dan Simmonds will look to replicate his form in front of goal in a superb cup win when Pagham host Eastbourne United in the SCFL premier division tomorrow.

He scored twice to send the Lions through to the next round of the Parafix Sussex Senior Challenge Cup after they beat Crowborough Athletic 3-2 in a thrilling contest.

And a goal from skipper Jamie Horncastle helped secure a place in the last 16 of the competition. The draw for the next round has not been made yet.

The Nyetimber Lane outfit got off to a great start in Tuesday’s clash when Horncastle prodded the ball home after a goalmouth scramble in the third minute.

There were plenty of chances with Pagham hitting the bar and both Lions keeper James Binfield, and Crows’ No.1 Anthony Di Barnado were tested constantly.

Simmonds could have extended the lead after a great through ball from Joe Kilhams but the striker couldn’t convert. But he was on target when he scored the second of the night following some good play between him and Andy Chick. The forward then added his second, and Pagham’s third, with a well-struck free-kick.

Crowborough got a goal back, but then Binfield pulled off some great saves to halt any form of comeback. The visitors did snatch another in stoppage time, but it wasn’t enough and Pagham held on for the win.