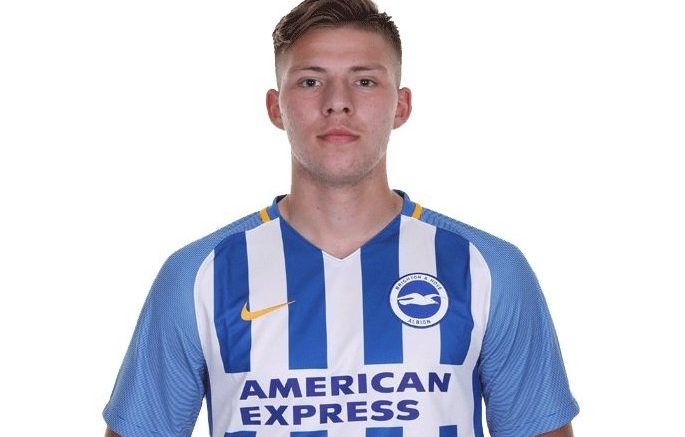 New signings Stefan Ljubicic and Anthony Nelson are set to boost Bognor’s squad ahead of Saturday’s clash with Truro City.

Boss Jack Pearce has bolstered his side as the Rocks dig in for the fight of their lives to escape the dreaded drop in the National League South.

The last time these two sides met, it ended in a 1-1 draw. Bognor haven’t won a game since mid-December so a victory on Saturday could give them the lift they’ve been looking for when they welcome City to Nyewood Lane.

Ljubicic, who has joined from Brighton on loan until the end of the season, is an 18-year-old Icelandic striker, who has scored seven goals in 14 games for Iceland’s Under 18s and Under 19s.

Measuring up at six feet four inches, it is believed that he may add some much-needed height to Bognor’s strike force.

Another addition to the team’s attack came in the form of 20-year-old wide player Anthony Nelson, who has spent some time playing for Valparaiso University in the top division of the US Colleges League.

Before venturing out to the States, Nelson attended one of the top football schools in the UK, Shrewsbury School, where he scored an impressive 61 goals in 45 games while playing for the first team.

Nelson could have made his first appearance last weekend, but his international clearance certificate was received too late, meaning he was unavailable for the 1-1 draw at Hungerford.

The Rocks gained only their second point of 2018 so far in this match, which made it a disappointing eight points in their last 10 games.

After a number of half chances as well as both keepers being called into action on several occasions, the deadlock was broken in the 28th minute when Louie Soares converted his penalty into the bottom corner, despite Dan Lincoln getting a hand on the ball.

The Rocks netted the equaliser on 53 minutes when a cross from Dan Beck found Jimmy Muitt inside the box, who beat his marker to the ball and slotted it home.

Both sides battled to bag the winning goal, but despite a number of good chances, neither team could snatch the full three points and had to settle for a share of the spoils.

In other news, ex-Rocks striker Jimmy Wild has been drafted in by his former club Chichester City for their massive FA Vase match with 1874 Northwich on Saturday.