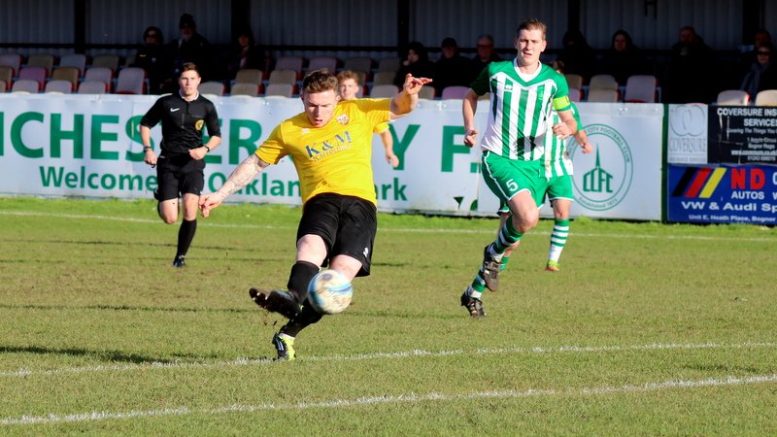 Dan Simmonds couldn’t stop scoring as 2017 ended and will look to repeat his fine form as Pagham begin 2018 with a match at Peacehaven in the SCFL Premier Division.

The Lions finished the year in fine fashion as they booked a place in the RUR Charity Cup semi-finals after beating Crawley Down Gatwick, and thumped five goals past rivals Chichester as well as Loxwood.

Pagham’s top striker Simmonds was unstoppable in their last few fixtures. Out of the 15 goals scored in the final three games of 2017, the star striker netted eight and is currently the third top scorer in the league.

Their impressive form has resulted in them climbing up to second place in the table, only four points behind leaders Haywards Heath. 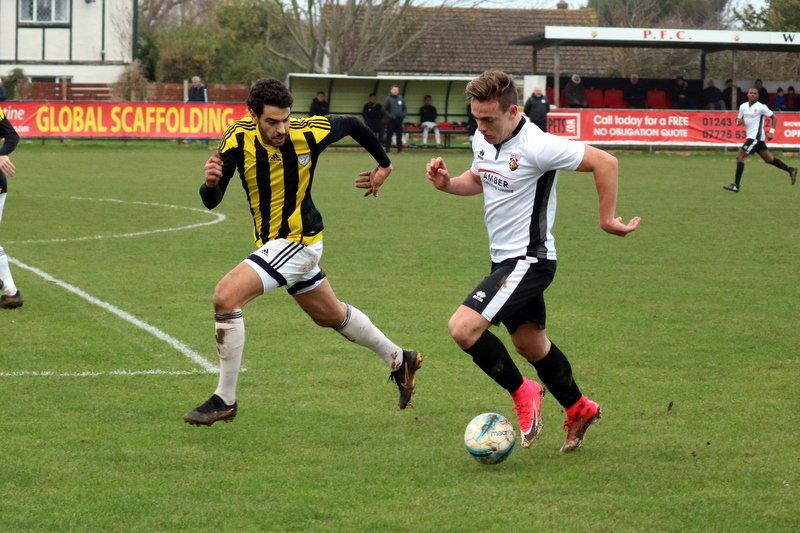 The Lions have a couple of important cup fixtures approaching in January, with the first being the SCFA Senior Cup quarter-final against Horsham on the 16th. Next, on the 23rd, is the RUR Charity Cup semi-final against Newhaven.

The Nyetimber Lane outfit will go into the semi’s coming off a commanding quarter-final win at Crawley Down Gatwick. Simmonds hit the back of the net three times, with additional goals coming from Lloyd Rowlatt and Callum Overton in a 5-0 thrashing. 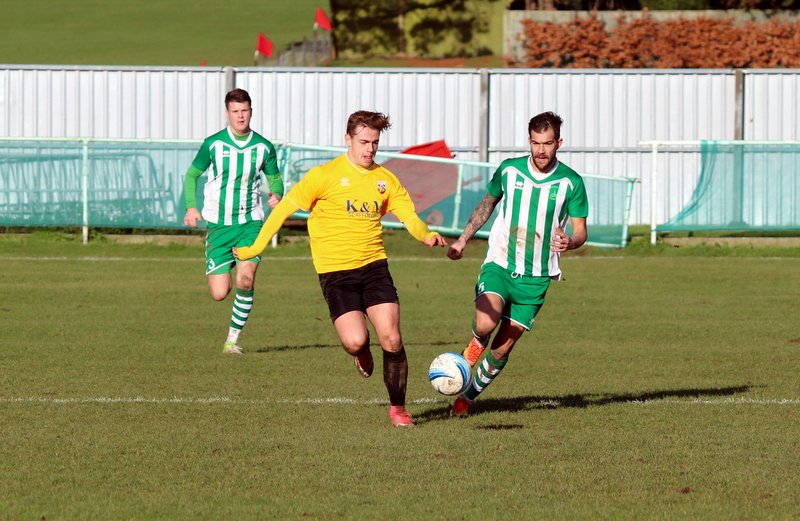 Next up for the Lions was the Boxing Day derby at Chichester where the former secured another 5-0 victory over Chi in a blistering display.

Simmonds opened the scoring early on after a long punt downfield from James Binfield bounced over the City defence and into the path of the striker, who lifted the ball over keeper Ant Ender.

Simmonds added his second of the game on the half hour mark. He then completed his hat-trick after slotting the ball under Ender. Overton netted Pagham’s fourth when he dribbled past two defenders and fired the ball home. Jack Parkinson scored the fifth and final goal of the game. 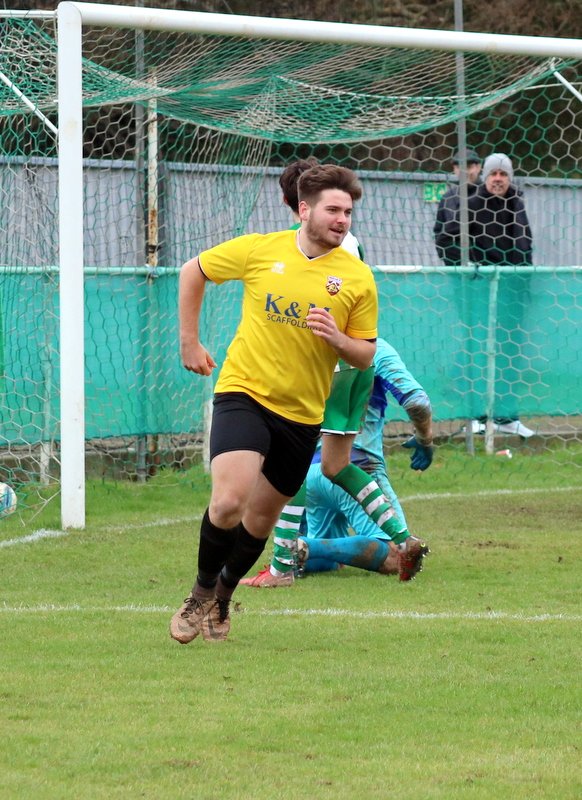 Keeping the consistency up, Pagham rounded off the year in style, firing another five goals past Loxwood in another dominant performance.

Rowlatt broke the deadlock on seven minutes. Terrell Lewis doubled Pagham’s lead with a fine strike. Joe Booker added the third goal of the game after reacting well to a rebound off the woodwork. 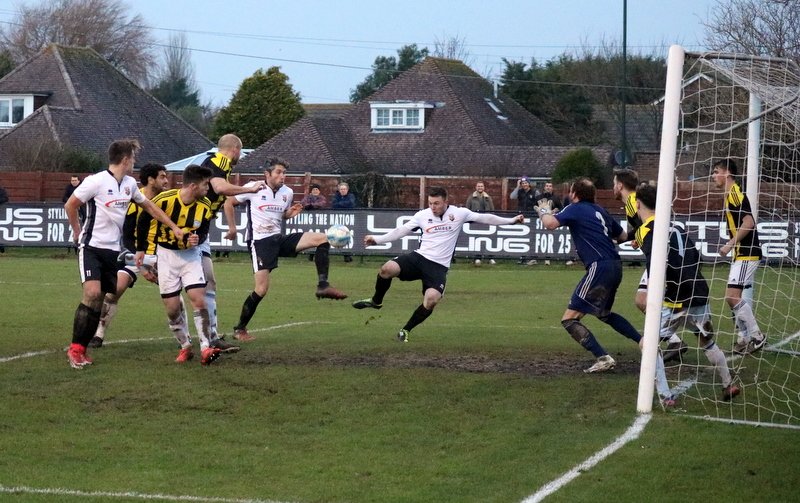 Simmonds increased his impressive goal tally for the season with another two goals. The first coming after a good run that ended with an unstoppable shot. The second was a well-taken finish near the end of the game.

Pagham start their 2018 campaign with the away trip to Peacehaven & Telscombe this Saturday.