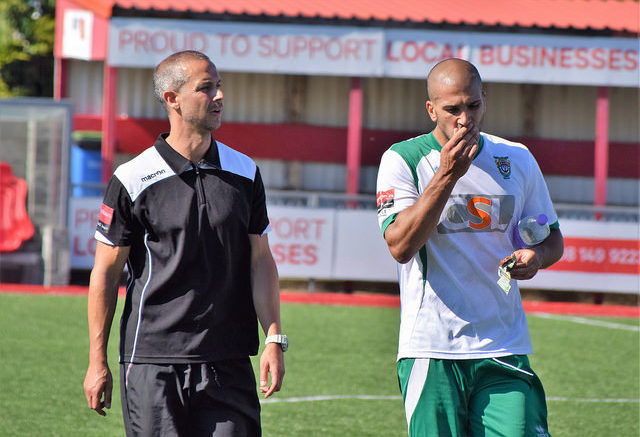 Bognor will be bossed by the third manager in three games when they host Pompey at Nyewood Lane on Saturday.

Long-serving Jack Pearce, who has fulfilled most roles at the club from manager to raffle ticket seller,  will be in the hotseat for the friendly match against League One Portsmouth.

The game has been hastily rearrange for a 1.30pm kick-off after being called off previously. Pearce will have defender Gary Charman as his No.2 with Darin Kilpatrick remaining as first team coach.

The match originally bit the dust after Pompey said they could only commit to fielding a select XI and Rocks supremo Pearce declined the offer, saying he felt fans would be feel let down unless it was a strong Fratton Park side representing the Blues.

But Pompey boss Kenny Jackett is said to have had concerns over the state of the pitch at Eastleigh, the hosts of a friendly planned for Saturday, and the game at the Nye Camp is back on.

The news comes after it emerged that Sami El-Abd stepped down from his role as player-manager after just one game (the 4-0 win over Worthing in a friendly match at Woodside Road on Saturday) citing a conflict of interest between the job and his position within Albion In The Community at Brighton.

He was handed the reigns following Jamie Howell’s departure from the club when he left to move to Eastbourne Borough. He switched jobs after helping Bognor seal promotion from the Ryman Premier Leaguer to the Vanarama National League South.

Picture, with thanks to Darren Crisp @pastyman72: Darin Kilpatrick with Sami El-Abd.