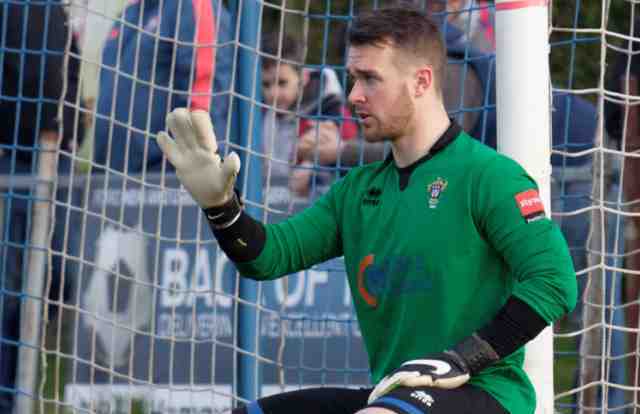 Jack Pearce says he will know tonight if he can count on the services of keeper Dan Lincoln for the season ahead for Bognor Regis Town in the Vanarama National League.

Rocks No.1 Lincoln played a big part in helping Jamie Howell’s men secure promotion from the Ryman Premier League last season; and a string of superb displays attracted the attention of a clutch of bigger clubs.

Pearce finds himself in the Nyewood Lane hotseat once again after Sami El-Abd’s reign lasted just one game, a 4-0 win over Worthing in a friendly, following a development with his full-time position at Albion in the Community.

Defender Gary Charman will act as No.2 to Pearce with Darin Kilpatrick maintaining his hugely influential position as coach.

And Pearce is poised to speak to Lincoln as he tries to shape his squad for the new campaign, ahead of which looms a friendly game with Pompey at home on Saturday (kick-off, 1.30pm).

Pearce said: “The situation with Dan Lincoln is that I shall speak to him tonight and we will then know a bit more about his plans for the future. Of course we would love a player of his quality to stay and grow with the club but that said, we fully understand his desire to play at a higher level if that option becomes available to him.”

The Pompey game kicks off early as Bognor’s Seasons clubhouse is hosting a wedding. There will be no parking at the club, with fans asked to take advantage of street parking.

Meanwhile, the green and white army of Rocks fans are looking to liven up their support of their heroes with some music. A message on the club’s Facebook page reads: “Do you play in a band and want to bring a touch of a carnival atmosphere to our games?

“Are you part of a marching band or part of a dance troupe who want to come and perform before games. Please get in touch, let’s try and build on the feel good factor at BRTFC and allow those in the community to perform at our games. Message us and we can see what can be done or email rocks1883@outlook.com.”