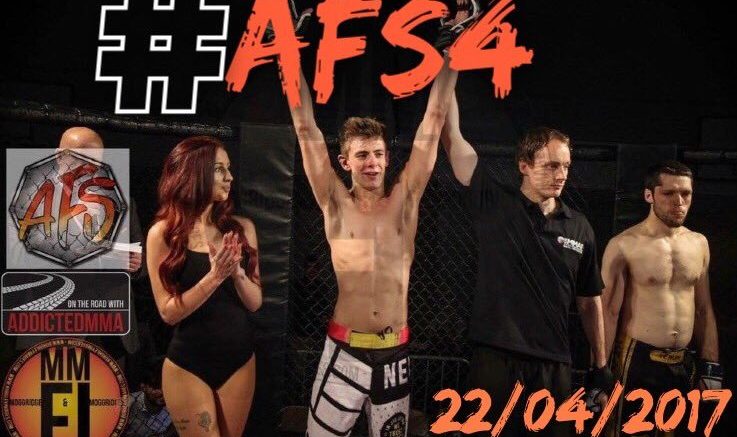 Promoters of a fight night in Bognor Regis are promising some knockout action — but charity will be the real winner. Apocalypse Fight Series 4, which is a mixed martial arts event (MMA), is set to get pulses racing for both fight fans and those donning the gloves.

And event organisers have partnered with The Snowdrop Trust to raise money from charity fights as well as more competitive amateur MMA dust-ups at the Arena Leisure Centre, in Felpham (5.30pm start, until 10.30pm).

A spokesman said: “Following the success of our last three shows we’re proud to present you with #AFS4. Our production is growing show by show and #AFS4 will be no exception.

‘And we are pleased to announce that we have teamed up with children’s charity The Snowdrop Trust, and alongside the more experienced fighters, we have offered fighters with little or no experience the chance to feature on another special show.

“And a healthy percentage of the money raised by ticket sales will go to charity. It’s going to be another packed card of MMA action from fighters all across the country and some overseas, showcasing their skills for our entertainment.

“You can expect flashing lights, bumper crowds, pumping atmospheres, and knockout action from this event. To avoid the disappointment of missing out, get your tickets in advance.”

Mixed martial arts (MMA) is a full-contact combat sport that allows both striking and grappling, both standing and on the ground, using techniques from other combat sports and martial arts.

The Snowdrop Trust cares for children in their own homes, from birth to nineteen who have a life threatening or terminal illness. The Trust provides specialist paediatric nurses and the support team offers, practical, emotional and financial support for their families. www.thesussexsnowdroptrust.com.

Got to www.billetto.co.uk and search AFS4, for tickets.