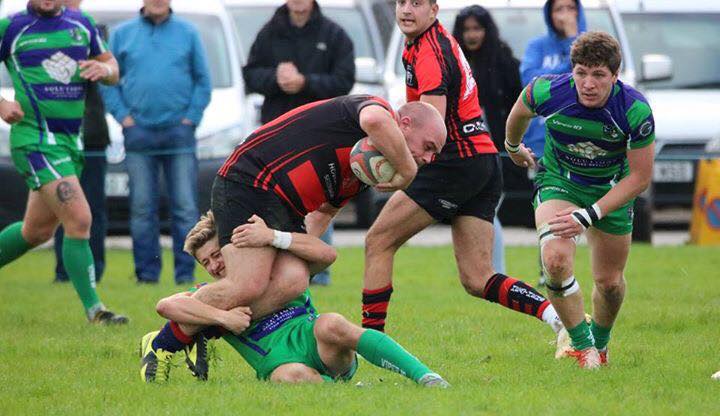 Double tries from Jack Hornibrook gave Bognor a comfortable 33-21 victory over Fareham Heathens. The home side finished October off with their third straight win of the month in this London & SE Division Hampshire 1 match.

This win kept Bognor at third in the table, a single point behind the league leaders US Portsmouth.

Despite this win, Billy Toone still feels like the team needs to iron out some areas of their game. He said: “A lot to work on and we need to improve if we’re going to be successful this season”.

Bognor started the game well with Dave Sweeney and Pat Gains executing some good running play in the wide areas, allowing the home side to open the scoring early on.

Joshua Burgess received the ball on a good outside arc and carried the ball 30m before passing to Joshua Riggall, who went over the line to score. Fareham responded well and scored from a lineout.

Burgess showed solid handling skills to give skipper Shane Stevens an opportunity to score in the corner, which he took comfortably. Defensive errors from Bognor allowed the visitors to break through all too easily and score under the posts. 21-14 at half-time.

Gains received the ball and with some impressive handling he gave the ball to Hornibrook who scored his second try of the match and the game winner. Sweeney added the extras with the last kick of the game.

BRFC will look to continue this fine form when the travel away to bottom-place Ventor on Saturday.

With thanks to Doug Millen