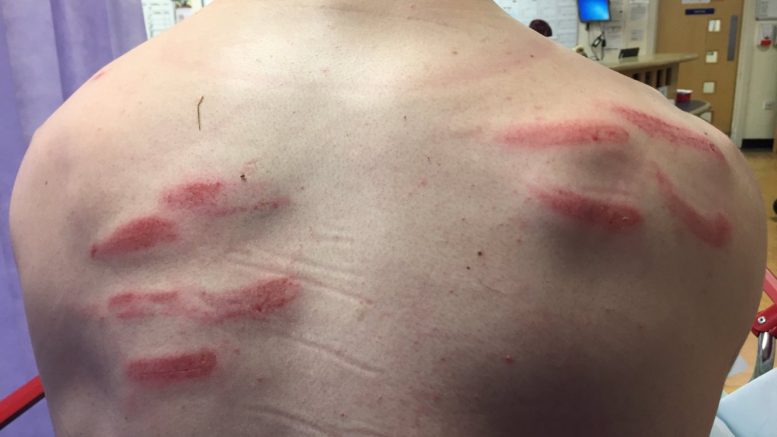 Scarred Rocks keeper Dan Lincoln is ready to battle through the pain to try to help salvage Bognor’s season after being stretchered off in the 2-0 defeat at home to Truro City on Saturday.

Lincoln was taken to hospital following the scramble that led to the visitors’ goal in which the game was held up for 50 minutes.

Many thought the game might be abandoned because of the duration of the delay but the remaining 10 minutes were eventually played.

There were real concerns for the welfare of Nyewood Lane custodian, but he was not as seriously hurt as first thought and managed to post a Tweet from hospital along with images. 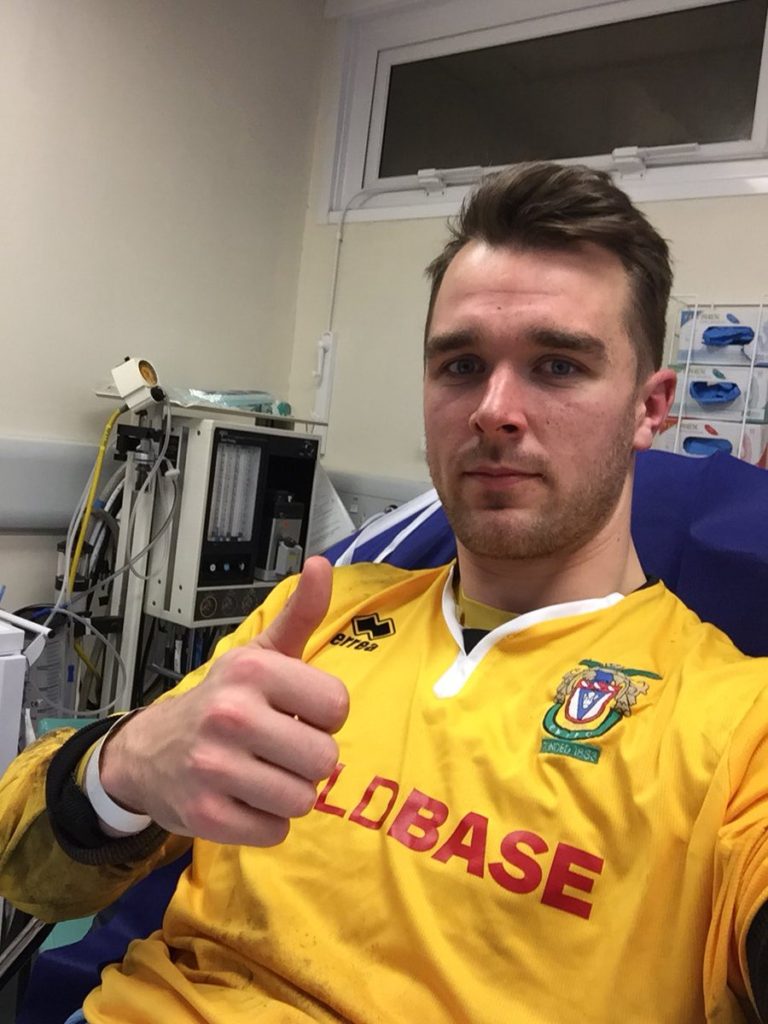 One showed the No.1 giving the thumbs up to offer his support to those who has enquired after his health, and the other showed the extent of his injuries.

He tweeted: “It’s gunna be a tough old week recovering to get back in yellow for Saturday, but I’m always up for a challenge!! I’d like to thank everyone involved in looking after me and attending to me ON and OFF the pitch. Was a real touch of class to see Jack Pearce at the hospital for me.”

Lincoln’s bravery couldn’t help the home side from conceding a controversial opener in the melee and once the match had restarted Pearce’s outfit went further behind. This followed being reduced to 10 men when new striker, Stefan Ljubicic, on loan from Premier League Brighton, was red carded. City had Ed Palmer sent off on 75 minutes.

The defeat means Bognor’s bid to stay in the National League South was dealt a huge blow and they remain second from bottom in the league table on 21 points having played 28 games with Whitehawk below them having played a game more and on 17 points.

Gloucester City occupy the third spot in the drop zone and are on 27 points from 26 games.

The Rocks go to Chippenham Town, who are fourth from bottom, on Saturday. And brave Lincoln will be vying to be back in goal despite his injuries.

Sign me up! New additions Ljubicic and Nelson set to boost Rocks ahead of match with Truro