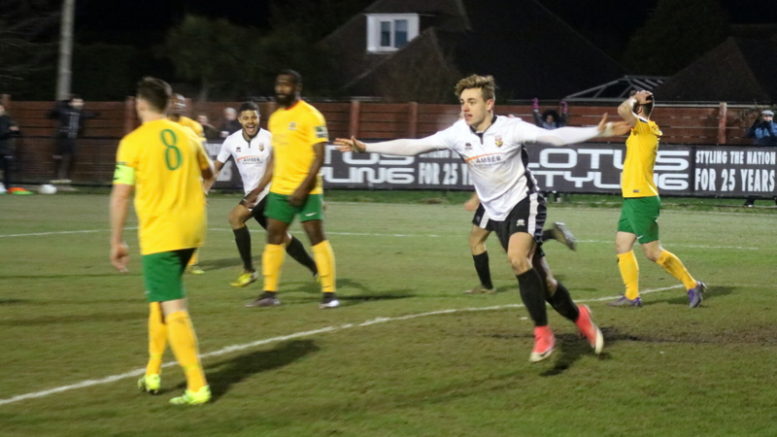 Callum Overton scored twice to send 10-man Pagham into the semi-final of the Sussex Senior Cup after beating Horsham 3-0 in this entertaining  match.

The additional goal came from the in-form Dan Simmonds and Lions keeper, James Binfield also put in a top-class display, making several quality saves, one of which was to thwart Horsham from the  penalty spot.

Pagham head into the semi-finals of the cup where their opponent is yet to be announced, but could be one of the following; Saltdean, Crawley Town or Brighton U23s. 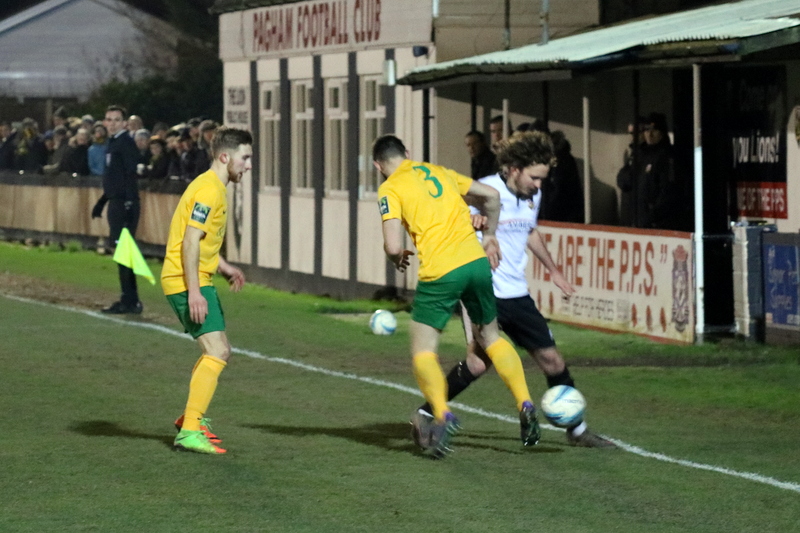 The Lions raced into an early lead after just eight minutes when Andy Chick delivered a quality ball into the box and Overton was on hand to smash the ball into the back of the net.

Just before the mid-way point of the first half, Pagham were reduced to 10-men after skipper Ryan Cox went in for a 50/50 challenge and was shown a straight red card by referee Steven Hughes.

The subsequent free-kick was on target but Binfield was equal to it and produced a the first of many fine saves of the game, getting down low to his left.

Binfield was once again called into action from a Horsham free-kick, this time he had to pounce high to his left to pull off a wonderful save, pushing the ball over for a corner. 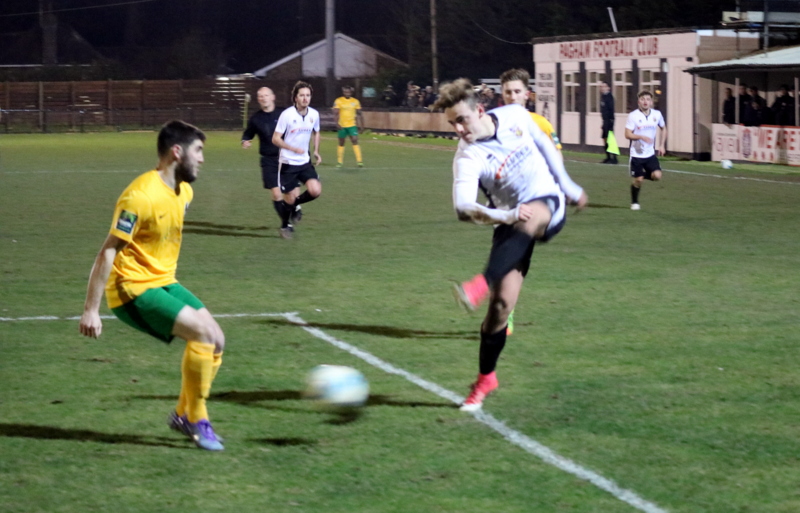 It took Pagham just eight minutes into the second half to extend their lead and it was Overton again to converted after a well-delivered corner from James Thurgar.

Both keepers were kept busy. First, Overton went through on goal but was denied a hattrick by a fine save from the Horsham keeper. Then, Binfield was faced with a one-on-one, but the shot-stopper dived to push the ball away.

Horsham were awarded a penalty, despite no appeals from their players or fans, but Binfield, once again, pulled off another top-quality save to keep his clean sheet. 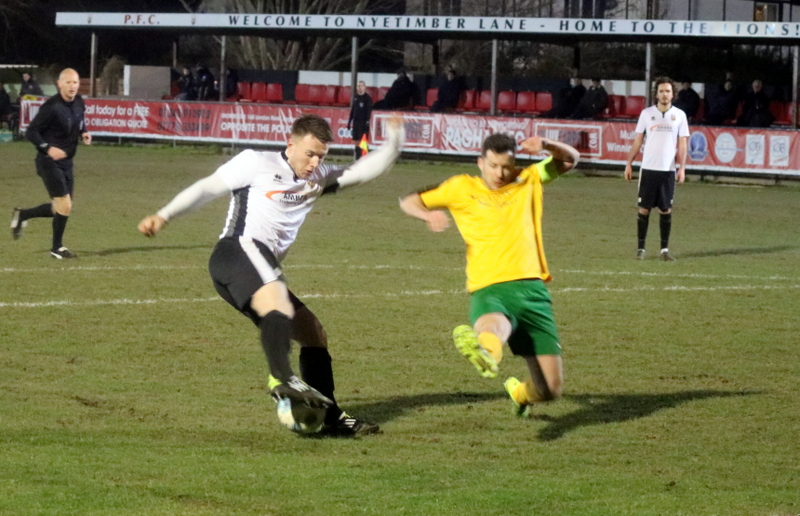 Not long after the penalty, Simmonds got in on the action and scored a brilliant goal after controlling a long kick downfield from Binfield and turning his marker before sending the ball into the back of the net.

The Lions are back in league action this weekend when they welcome Worthing United to Nyetimber Lane.

Sign me up! New additions Ljubicic and Nelson set to boost Rocks ahead of match with Truro