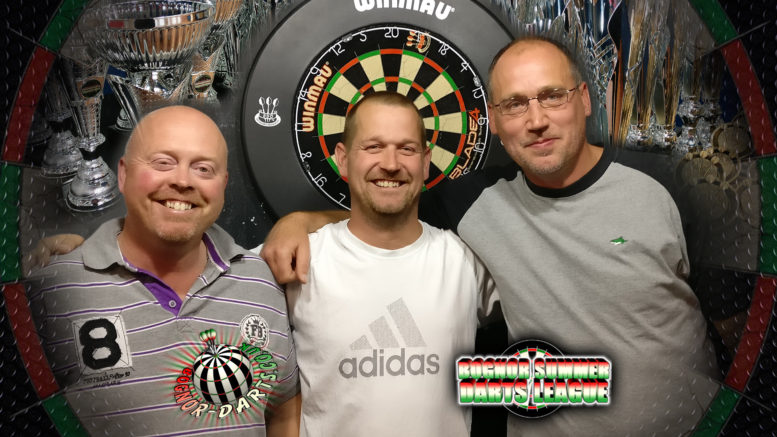 The action saw the conclusion of the summer league with a blind trebles knockout followed by the trophy presentation.

Some 87 players took part in the knockout, a record for the summer beating last year by six players, and the second best Friday night turnout on record.

The final saw Blackwood beat Ragless with the bullseye, giving his team the first throw. They kept the lead all the way to the double, but misses at the doubles allowed Dendy, Ragless and Bizzell to catch up, with Bizzell hitting the double for the first leg. 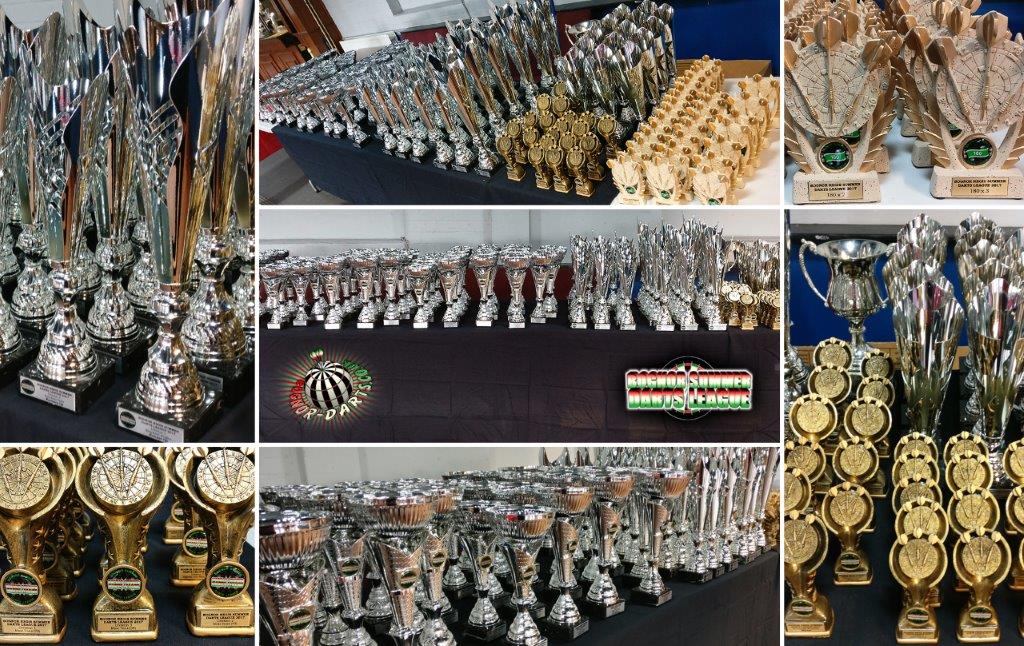 The second leg saw a slow but steady start from Dendy, Ragless and Bizzell, while Blackwood started with 125. This still left them behind, and with a 140 from Ragless to leave 16, Dendy only needed one dart to hit double 8, taking the leg, and the win, making himself, Ragless and Bizzell this year’s Blind Trebles Champions, and taking home £216 between them.

Another great selection of raffle prizes were won, as were a lovely selection of trophies supplied by Aford Awards (the new owners of C&M Trophies of Littlehampton) for the presentation.

The final league positions were…

Glory for Gary! Blackwood is knockout king after seeing off challenge from Clark