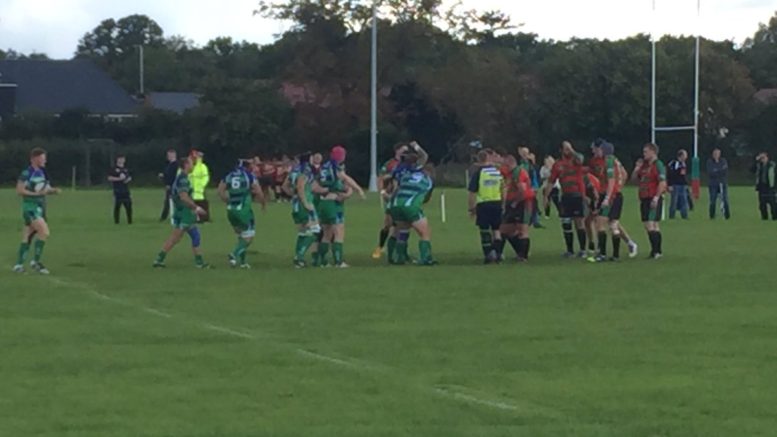 Knight was speaking after Bognor suffered a 30-25 defeat to now second place Millbrook. He said: “We battled hard and we’re all going to be feeling it in the morning, they will not enjoy the return fixture when captain Balchin is back from injury and Barry Mitchell is back off holiday.”

The away side started strong, in this London & SE Division Hampshire 1 match, with high possession rates but silly mistakes meant Millbrook scored a penalty. Shane Stevens squad finally woke up and linked up well in the midfield, applying good pressure allowed Bognor to turn the score around, 3-10.

After the restart Bognor were immediately on the back foot. A botched attempt at a steal allowed the home side to level the score. More errors in handling and tackling led to another two converted try’s for Millbrook.

Bognor came alive in the second half with quick hands from Josh Burgess giving Stevens the chance to score in the corner. The visitors finally turned it on with some brilliant passing and footwork from Sam Newcombe, this improved spirit and Paddy Burnett closed the gap for 24-20.

Despite some good play all round, the home side edged further in front with a drop-goal. The Hampshire Avenue unit responded immediately with Tom James scoring comfortably in the corner.

The visitors fought well but it wasn’t enough as Millbrook secured the win with a penalty at the end.

Bognor will look to bounce back on Saturday when they host league leaders Sandown & Shanklin.