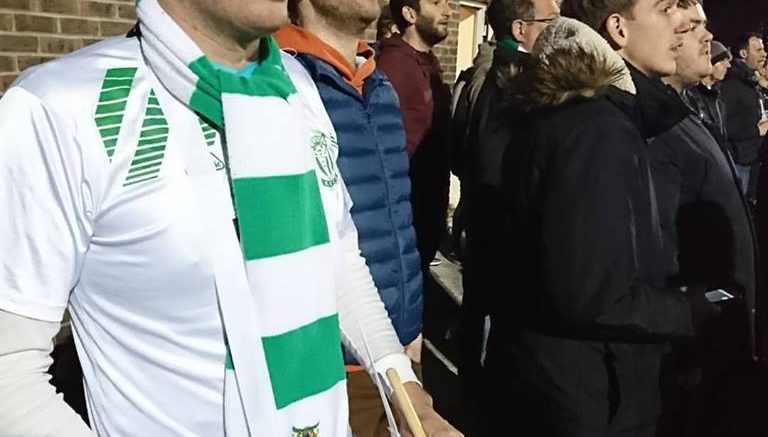 Footballers at the highest level regularly resort to platitudes to describe the fans who cheer them on; who follow them home and away; who sing their names and live their lives in accordance with the ups and down of their performances for their team.

That’s not the case at Bognor Regis Town, whose band of followers, known as the Green Army, genuinely are part of the team. And they will be in full voice come Saturday when they travel in good numbers to get behind the Rocks as they take another step in their quest to win the Ryman Premier League title.

Manager Jamie Howell takes his charges to Enfield Town, who sit in seventh in the table, for what could prove to be a pivotal encounter in the hunt for silverware and or promotion. With just five matches remaining, the Nyewood Lane outfit are top, and have a four-point advantage over second-placed Havant & Waterlooville, with both team having played 41 games. It’s tight. It’s exciting. It’s something that every supporter dreams off when the campaign starts – still in with a shout of the title as the curtain comes down on the season.

Howell is adamant that the Green Army are very much the 12th man. And with up to an estimated 150 supporters making the journey to the Queen Elizabeth II Stadium this weekend, he is happy to stray in to philosophical mood to reiterate just what their backing means.

He said: “The fans here are brilliant and they can really galvanise us. There is no ‘us’ and ‘them’ because we are the same. They rely on us and we rely on them. We want the same thing.

“Players may think that they will get this level of passionate support should they go elsewhere at this level in their careers; but that is not the case because this lot are something special and are truly appreciated by us all. They can, and do, make a difference.” 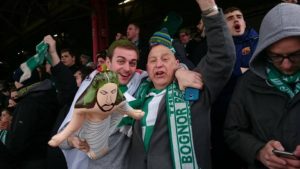 Indeed, bigger clubs with bigger numbers of supporters would welcome the Green Army-style backing; if they were a commodity such as players they would sell for millions (well, thousands anyway).

The level of the relationship they have with players is evident every time a goal is scored and the delirious protagonist arches his run to the adoring fans and, on many occasions, literally throws himself into their outstretched arms as delirium breaks out on the terraces.

It’s no wonder Rocks fans are in good heart and voice. Ian Guppy, a stalwart of the ultra-like, voluminous throng, believes this is a landmark season.

He said: “This season it wouldn’t be outrageous to say that individual ability may not be as good as last season’s side but without doubt the team spirit, togetherness and work ethos is the best I think I’ve seen at the Lane.”

If Bognor can keep their nerve and claim promotion, Ian and many like him in the Green Army will be on patrol on new territory next term in the Promised Land that is the Vanarama National League South. Here’s hoping.