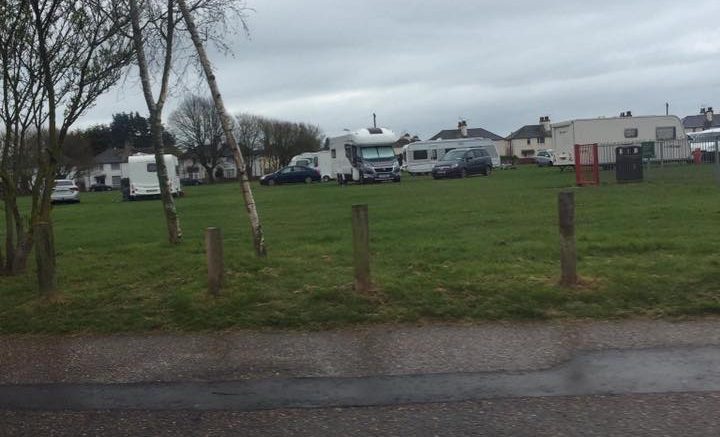 Worried officials at Bognor Rugby Club are urging a cautious approach to security at their HQ after a group of travellers set up a temporary home on an adjacent field.

Members of the traveling community yesterday illegally parked their caravans on Hampshire Avenue in Bognor Regis.

“HI All, Whilst out friends from the travelling community are on hampshire Ave and in the area please be extra careful when securing the clubhouse and grounds gates. Do NOT leave it unlocked or unattended at ANY time please.”

Arun District Council and the police are said to have been informed about the caravans being parked on the field. It is said the travellers took down fencing opposite the rugby club to facilitate entering the space.

The ADC website says of the illegal setting up of sites:

“The responsibility for taking enforcement action lies primarily with the owner of the land concerned. Arun District Council only has responsibility for its own land and currently, along with other local authorities in West Sussex, has an agreement with West Sussex County Council (WSCC) whereby the county council undertakes the appropriate steps, including any legal proceedings, to evict any travellers or gypsies from illegally occupying their land.”