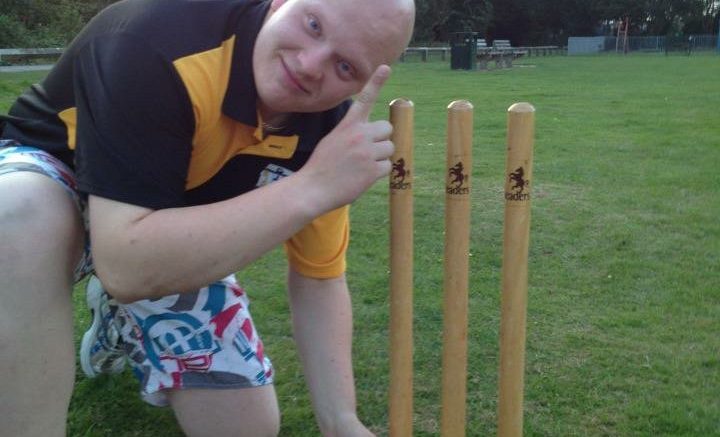 And a special memorial football match is to be played later this month so friends and family can gather to honour the father-of-two.

A JustGiving page has been set up in memory of Ryan in a bid to try to reach a figure of £5,000. And already the total money raised has topped more than £1,000

Popular Ryan was a much-loved figure and known for his support of Bognor Regis Town. His friends in the Green Army, the name for followers of the Rocks, paid their own respects to their fellow supporter with a smoke-bomb type “pyro” tribute at the recent 1-1 draw with Truro City. He was also involved with Aldwick Cricket Club. 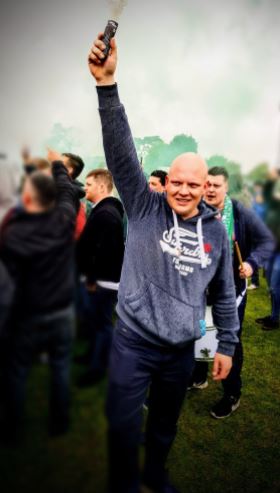 His fiance, Vickie Thompson paid her own tribute to his memory after he passed away at home, and said: “My darling fiance. I miss you so much and will never stop loving you. One day we will meet again and I will feel complete once more. Sleep peacefully my darling, there will not be a day that goes by that I wont be thinking about you. All my love always and forever.”

Dave Robinson, who set up the fundraising page, wrote: “Hello and thank you for visiting this funding page in memory of Ryan Purvis. I started this crowd funding page to help Ryan’s children and his family.

“As most of us know Ryan was taken by the angels leaving his children and family devastated he was such a big name around Bognor Regis and he will be missed so much by everyone that knew him.

“I am also doing a boxing match which I was already involved in before this happened, I am enduring 8 weeks of training with a boxing match on the 9th December I am now doing this not only for my own reasons but also for the memory of Ryan. so please if you could help this lovely family by donating please do so.”

Meawnhile, Littlehampton-based Wick football club have announced that they will host the Ryan Purvis Memorial Cup on Sunday 19th November. Kicking off at 10am, four teams will compete in two semi-finals, followed by the final soon after midday The four team managers have been confirmed as Rich Sherwell, Andy Weir, Adam Goldring and Paul Harris.

You can donate here for the JustGiving page