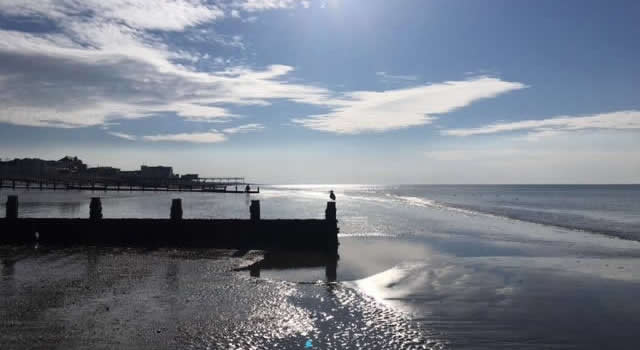 Furious Bognorians have hit back at claims the seaside town is the worst resort in Britain. Bognor Regis, which is officially the sunniest spot in the country, was ranked as the joint worst coastal destination in a new Which? survey.

The survey revealed that Bognor was rock-bottom, an unenviable position the town shared with Clacton-on-Sea in Essex (both earned a score of just 47 per cent), and received just one star out of five.

The rating was given for aspects such as the beach, prom, tourist attractions, scenery, shopping, tranquillity and value for money. Rory Boland, The editor of Which? Travel magazine, said that the

“ratings won’t make happy reading for some of those destinations many of us remember from childhood breaks of times gone by, which may have failed to keep pace with trendier destinations or those offering a better overall experience for our hard-earned cash”.

He added that, overall, it’s clear that the great British seaside has something for everyone.

And that DOES include Bognor, says a whole host of the town’s residents. Lifelong resident Kevin Welling said the survey couldn’t be taken seriously and he urged visitors to come to the town to see for themselves before making judgement.

The plumbing and heating engineer, 57, said:

“It’s absolutely infuriating. The Bognor we know and love just doesn’t deserve such a bad rep. The beach is superb, we have plenty of wide-open spaces and parks and we are so well located for other attractions nearby. Take a walk around the magnificent Pagham Harbour and tell me that this natural wonderland deserves just one star. Total poppycock!

“Another aspect not mentioned is the community spirt that we have in this town and you only have to take a look at the recent charity fundraising by the Pink Pub to Pegasus Bridge cyclists to see that demonstrated in all its glory.

“I understand that there is a need for development of the seafront with more attractions for visitors and the debate will rage on and on locally about that. But this isn’t representative of Bognor Regis as a whole and so, subsequently, the picture painted is rather misleading. Like most places, you have to take a closer look, get under the skin of a town, resort or location!”

Meanwhile, businesses in the town took to social media to vent their fury at the poll and the subsequent raft of bad publicity that followed. Mike Maskell, MD at insurance brokers Robins Row, in Aldwick Road, posted a stunning picture of Bognor beach and wrote:

“I am told this survey only gave one star for the beach? Really? Everyone is entitled to their opinion, of course, but come on! Our picture shows the beach is incredible – nothing short of stunning. We say, “Bognor is beautiful!”