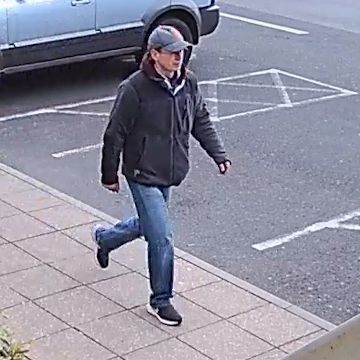 Police who are seeking a man wanted in connection with the theft of a teenager’s treasured bike in Bognor Regis have released a CCTV image.

The theft occurred between 10.35am and 10.50am on Saturday, April 29 at The Regis School, Westloats Lane. The bike, which is a black and grey Carrera Vengeance 27.5” wheel mountain bike, belongs to a 16-year-old boy and is valued at about £300.

Mark Carter, an investigator, said: “The bike had been locked up before it was stolen. The victim had saved up with his pocket money and paper round money to purchase the bike which makes it even more valuable to him. The suspect is described as a white man wearing a baseball cap, a dark jacket with blue jeans and black and white trainers.”

Anyone with any information is asked to contact police online or call 101, quoting 889 of 29/04. Alternatively, you can call the independent charity Crimestoppers anonymously on 0800 555 111.