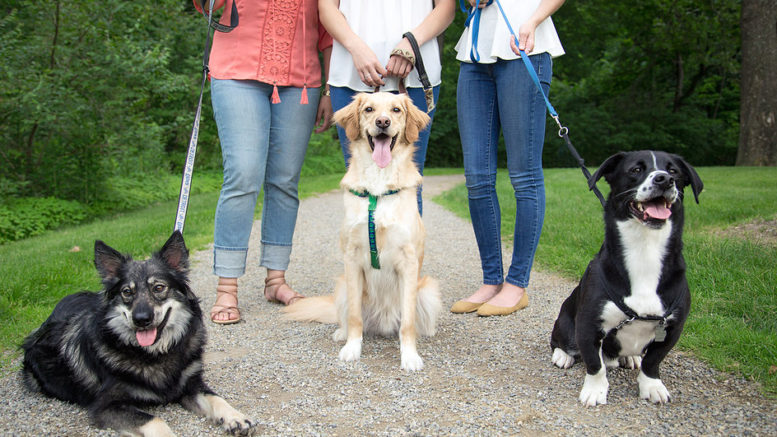 Dog owners who let their pooches poo and don’t pick it up are being warned they face on-the-spot fines of up to £1,000 in a crackdown by Arun District Council.

In a trial which started this week, the council have enlisted an outside firm to administer the fines if they think they have seen a person with their pet who has failed to scoop the poop and dispose of it.

Dog lovers have reacted with support, in general, over the move. Rob Yorke, 60, who exercises his two dogs, Bert and Ralph, at West Park Bognor, said: “Responsible dog owners already collect the doings and get rid in the bins provided so there is nothing to worry yourself about if you are someone in this bracket.

“I have seen dog walkers leave poo and am quite happy to remind them of their responsibilities and ask that they pick it up. It is these people who should be aware. It’s not a nice thing and I have seen young children step in poo on the park. That is poo that should have been collected and it’s just not on.”

Advice from Arun District Council concerning the trial, reads: “Anyone caught dropping litter or not picking up after their dog in the district will face an on-the-spot-fine, under a new scheme being trialled. The 12-month street scene enforcement trial is being introduced this week and won’t cost the taxpayer a penny.

“It will be run by enforcement company EH Commercial Services Ltd, which has been running a similar trial for East Hampshire District Council with impressive results.

“In that district, the team have had an average 87 per cent payment rate and a 99 per cent success rate for prosecutions. The funding will come directly from fines, rather than from Arun District Council’s budget. The Council will liaise with the team to target problem-areas and offenders face a maximum penalty of £1,000.”