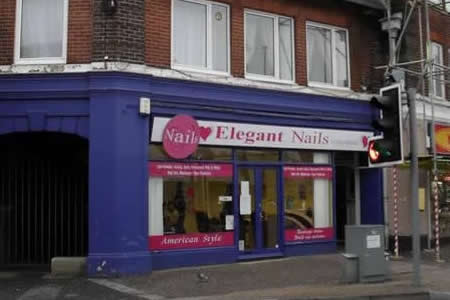 They raided Elegant Nails salon in London Road in the town centre at around lunchtime yesterday. Officers held up to four people and were seen pursuing others who had fled from the premises, it is said.

“There was as two immigration vans and an undercover car and about four officers, some in plain clothes with immigration stab vests on.”

“They had one in handcuffs in the mail shop was customers still sitting there at the same time getting nails done.”

“They were looking for more I think they jumped over the wall out the back. I later heard that they took four away, including the manager.”