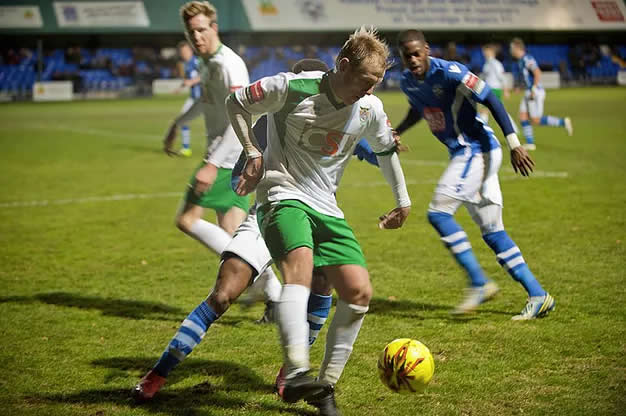 Rocks can go top of the Ryman Premier League again this Tuesday despite a 4-1 defeat at Tonbridge Angels yesterday.

Jamie Howell was forced to shuffle his pack through injuries and the changes showed in a first half that concluded with the visitors 3-0 down.

James Fraser grabbed a consolation goal or Bognor on 70 minutes but the home side made it four with ten minutes remaining.

Havant went top of the table with a 4-1 at Staines Town but Howell’s me can go back to the summit with a victory with a win at Nyewood Lane against lowly Harrow Borough.

Meanwhile, honours were even at the top end of the SCFL league where hosts Pagham drew with table toppers Shoreham thanks to a Scott Murfin goal.