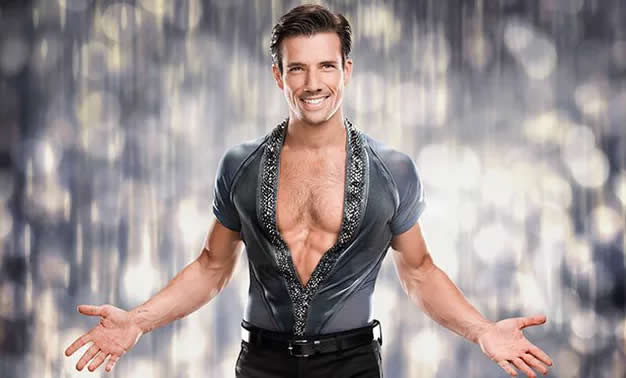 And the Hollyoaks actor might well put his extra fitness down to a punishing training regime he undertook with one of the town’s football side.

For Danny joined his mates at Rose Green-based Nyetimber Pirates to be put through his paces to build up his fitness ahead of the BBC show.

Pirates ply their trade in the West Sussex Football League and the outfit has two teams and the counts many of the players as close friends.

Danny enjoyed a Tango with partner Oti Mabuse last episode – and he has revealed that she likes him to try something stronger at the bar after the show.

“She once said that I can be boring if I don’t have a drink and it is nice to wind down after training.”

But Danny – spotted enjoying a quiet beer at the Disney Store Christmas party in London this week – added:

“She’s not telling me to get drunk, though.”

“Don’t bet on me. I don’t think I’m the favourite. Everyone else has upped their game and it’s a very level contest.”

“Any claim of being favourite has ­actually made things even harder. It keeps the pressure on but no one puts more on me than Oti anyway. She’s unbelievable.”