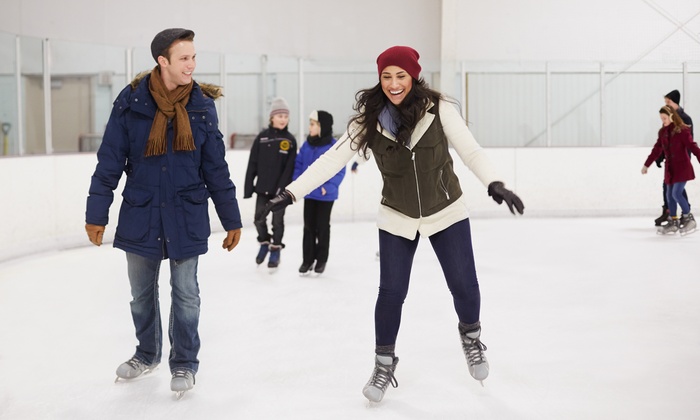 People will have the chance to get their skates on in Bognor Regis over the festive period with the news that the town is preparing to welcome its very own ice rink.

And there are bound to be a good few bumps and bruises on the chilly surface as budding skaters get used to the balancing act of gliding over the ice.

The rink is being installed as part of the town’s Christmas festivities and alongside it there will be stalls offering seasonal food and drink and festive gifts, as well as fun children’s rides and a life-size snow globe.

The town’s management team say they are working with First Point Event Management and Arun District Council to open the ice rink on Place St Maur between Belmont Street and The Esplanade, next to the Alexandra Theatre.

It is hoped that it will be up and running from 23 November until 7 January 2018. Tickets will cost £7.50 for adults, £6.50 for children aged between four and 16, OAPs and students. Children under four go free with a fee-paying adult. A family saver ticket option will be available for £25. The indoor ice-rink will be open seven days a week, except Christmas day, from 10am until 9pm.

Bognor Regis town manager Toyubur Rahman says the ice rink is a “brilliant attraction for the town in the winter, which are traditionally quieter, compared to the summer”. He added: “We are confident that this event will attract visitors from near and far and give them a great experience.”

Chris Heaps, chairman of Bognor Regis Traders Association, said that the idea “came from one of our traders who became aware of the ice-rink providers and suggested the Place St Maur”.

The huge opportunity this would provide for Christmas in Bognor Regis was recognised and work was carried out quickly to “get the project through, something which couldn’t have been done without the efforts of Arun District Council in prioritising this opportunity, so huge thanks from the BRTA for making this happen!”

James Coles, from First Point Event Management, said: “We are pleased to be able to offer this attraction for the first time in Bognor Regis as it’s our home town, and we’ve seen the resort go from strength to strength over the last few years. We are aiming to put on a fabulous show and we look forward to welcoming visitors to the ice-rink.”