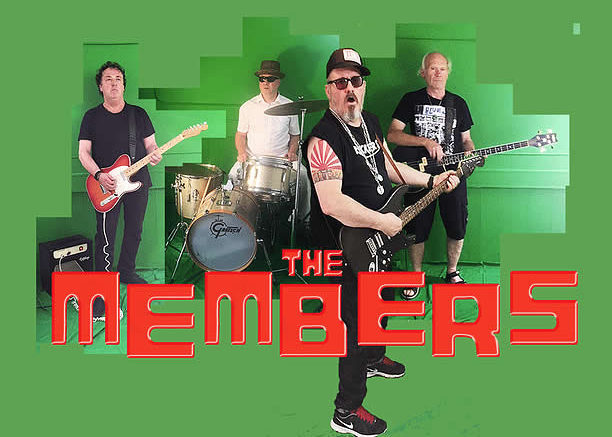 That was the sound of the suburbs. The Members played an “intimate gig” at the Seafish on Saturday
night. Formed in 1977 The Members were part of the punk scene of that time and although they were never hardcore punks, such as the Sex Pistols and The Damned, they are still fondly remembered by fans from that era.

Full credit to Sean Parker for attracting a named artist to Bognor, but it was a disappointing turn out. There were some issues around ticket availability on line in the days leading up to the gig, but nevertheless it was a poor show, for what was a reasonably priced ticket.

The band were not put off by the low turn out and played an energetic set from their back catalogue, with ‘Chelsea Aggro’ the only song from the 2016 album One Law. They kicked off with ‘Soho-A-Go-Go’ followed by ‘Offshore Banking Business’, ‘New English Blues’ and the title track from their debut album  ‘At A Chelsea Nightclub’.

The first cover of the night, was a version of ‘The Model’ by Kraftwerk and the next one was ‘Police Car’ off their second album 1980-The Choice Is Yours, which was written by Larry Wallis.

This was followed by the début single ‘Solitary Confinement’ and then, as John Otway would say “the hit!

Their biggest selling single ‘Sound Of The Suburbs’ a tale of ordinary daily life in suburbia, which finally brought four people onto the dance floor.

It was a strange setting for a gig, at times it was more akin to a band playing round your house at a party, but nevertheless an enjoyable evening for those that took the trouble to attend.

​Tune up! The Voice UK is coming to Bognor to find the next singing superstar