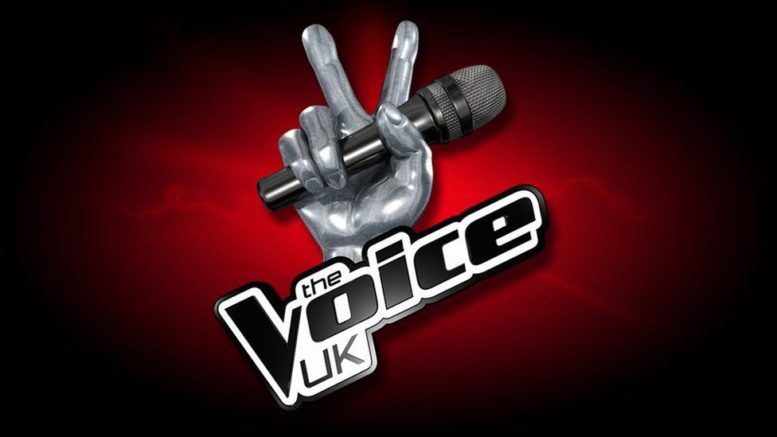 Bognor singers have been told to make sure they are all tuned up for a bid for music stardom.

That’s because The Voice UK is on its way to the town to seek out talented performers with the promise of a chance to win a place in the spotlight on the ITV show.

Talent scouts are looking for singers for the 2018 series and will be at popular pub The William Hardwicke on the town’s High Street on Thursday May 11 at 7pm. 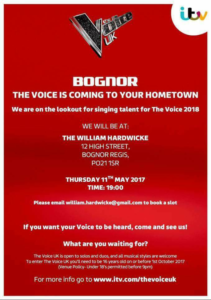 Performers have to be 16 years old on or before the October 1 2017 to enter The Voice UK, which us is open to solo singers as well as. All musical styles are welcome, says show organisers.

The show has been a huge success on screens since 2012 and always manages to attract an expectant crowd at the nationwide auditions.

A spokesman explained: “We want to see those performers who think they are good enough to win a major recording contract. The producers’ auditions form part of the first stage of the competition, with those progressing further making it to the blind televised auditions. If you think you’ve got what it takes email william.hardwicke@gmail.com to book a slot.”

The performances will be in public and in front of talent scouts for the show. A spokesman for the company said that, if the scouts liked the performances, they would approach the acts afterwards.