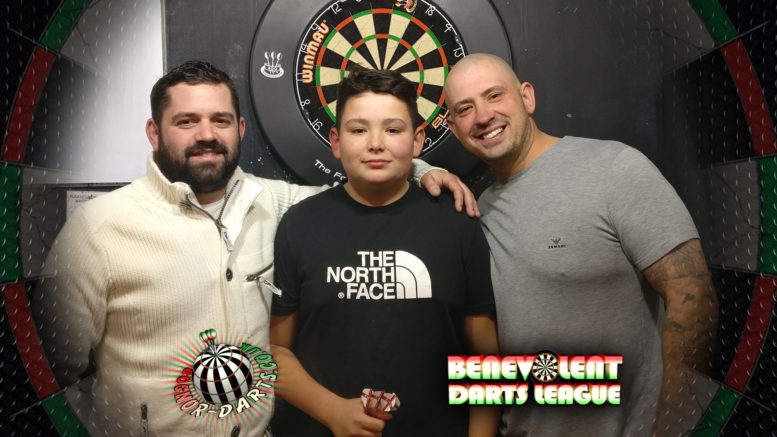 The divisional action unfolded with a few weeks to go before the Christmas break at the Newtown Social Club with some 24 teams taking part, one team short on last year, and the smallest turnout in seven years.

The ASC trio were out of practice due to having the bye in the first round, and it showed as they lost to the BRSA. The second semi-final saw the Middleton family, Steve, Dan and Jamie (Newtown ‘C’) against Lucann Forden, Wayne Green and Ryan Barrett (Pagham CC). Despite the scoring power of the Pagham trio, the family connection won through. 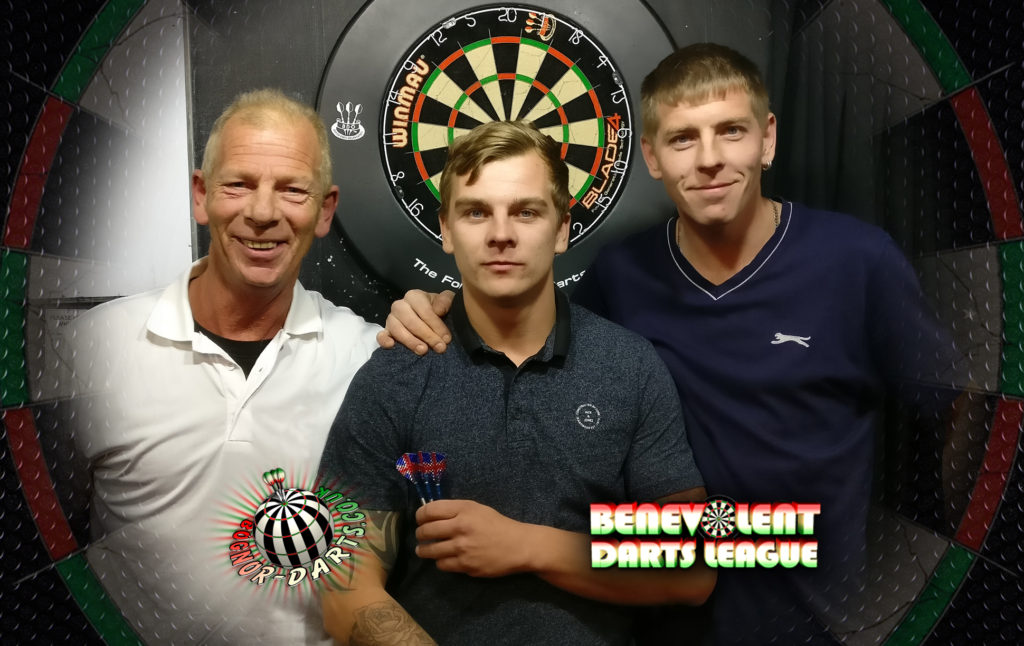 The final saw the BRSA trio win the bullseye, but the larger scores came from the Newtown. With two scores of 85 helping them on the way to the doubles, it wasn’t long before Steve Middleton hit double eight to secure the first leg. The second leg started with 85 and 100 from the Middleton’s, but the Ling’s started with 81 and 93. But the BRSA trio lost form whilst the Newtown were steady.

Being well over 100 in front of their opponents the Middleton’s started to struggle on the double, which allowed the BRSA to close in. With 48 left, Debbie Ling missed double 16 for the match, and Greene had a shot as well but missed. Then Dan Middleton stepped up and with his first dart hit double 1 for the leg and the match, making them division three trebles champions.

Semi-final two saw Ben Todd, Mick Isles and Mark H Todd (BRSA Ravens) against Karl Wingate, Dave Wingate and James Riggs (Friary ‘D’). The Wingate’s lost at this stage last year with a different partner, but this year they gained the place in the final.

The final saw the Friary trio win the bullseye, and eventually get off to a great start with scores of 121, 95, 100 and 83 on the trot. Gray hit the first ton for his team, but by that time his opponents were nearly on their double. Dave Wingate just missed double 16, but Riggs hit double eight with his second dart to take the leg. 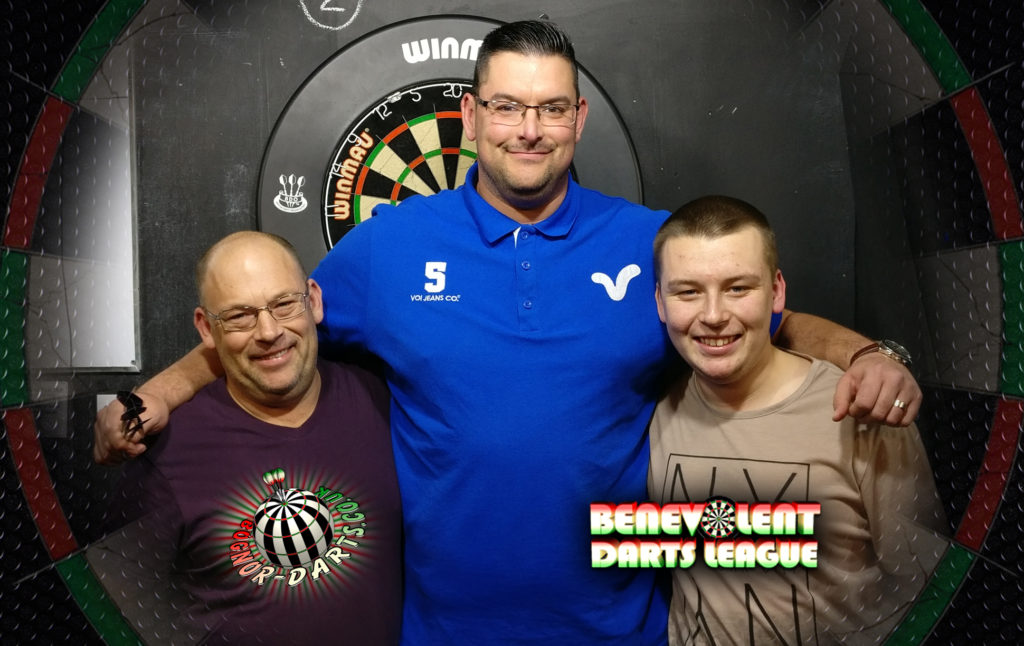 Once again the Friary trio took the lead in the second leg, with tons from Dave Wingate and from Riggs. With the QE2 getting closer all Wingate needed was one  dart to hit double 18, taking the leg, and making his team division two trebles champions.

Division one saw 10 teams take part, one fewer than last year. The first semi-final saw a fight between team mates with Wayne Wadsworth, Rob Collins and his son Billy Collins take on Colin Mace, Lee Franklin and Richard Ragless (Friary ‘Z’). A close game saw Wadsworth and the Collins’ boys take the place in the final.

The second semi-final saw Rob Allen, Dave Bourne and Larry Chant (Aldwick Legion) against Graham Clear and Rick Cousins (Hunston Hares) and their partner Alex Norgett (Newtown Amity). Everyone tried, but the made up team made it count and took the second spot in the final.

The final saw the Friary boys win first darts, and just keep the lead with a few larger scores against their opponents. With 32 left, Rob Collins stepped up and hit the double 16 with the first dart for the first leg.

The second leg saw some steady scores from Clear, Cousins and Norgett, but with two tons from Rob Collins, and another ton from his son Billy, the Friary team took the lead. They then struggled to hit the doubles to see off the leg, but so did their opponents.

With all players having a shot at the double, eventually it was Wadsworth who hit double seven with his first dart to take the division one trebles champions title for himself and the Collins’ boys.