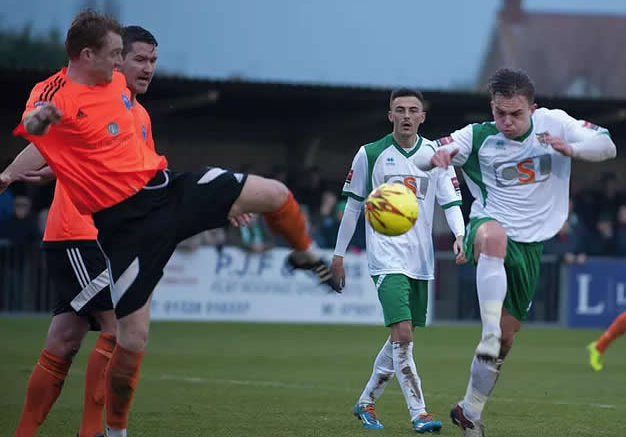 Mark Morsley, the manager of Bognor title rivals Needham Market, is such a fan of Jamie Howell’s outfit he has stunningly admitted he wants the Rocks to WIN the Ryman Premier League.

The two teams clash tonight in an eagerly anticipated encounter at Nyewood Lane in a first versus second tussle at the top of the table.

Howell’s men are top and the Suffolk-based Marketmen sit behind them ahead of Havant & Waterlooville, who host boss Mark Morsley’s side at the weekend. Rocks’ visitors can go top if the win, being one point behind.

“I think Bognor are the best team in the league and no disrespect to Hampton & Richmond, but had Bognor not got to the semi-finals of the FA Trophy last season, I think they would have won the league then.”

“The club is set up for Conference football, they have good facilities, a great pitch and while we would clearly like to be one of the teams going up ourselves, I would like to see Bognor get promoted as I think they deserve it.”

“It’s a big week for us, we could not ask for anything much tougher. But that’s why we play at this level and we will see how we get on.”

“We are not going there with ridiculously high expectations on our backs and if you offered me two draws from the next two games now, I would bite your arm off. There is no pressure on us.”

Rocks hope loanee striker Elijah Adebayo, at the club from Fulham, can pick top where he left off tonight by adding to the goal he scored on his debut in the 1-1 draw at home to Enfield Town on Saturday.