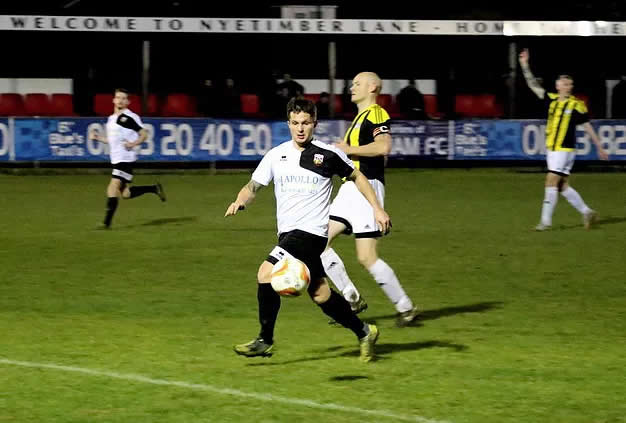 Pagham striker Scott Murfin is being backed to give Brighton a hard time when the magic of the cup comes to Nyetimber Lane tonight for the Lions’ game against a youthful side being fielded by the Premier League hopefuls.

Mark Bennett’s outfit will come up against the Seagulls development squad and his players are in buoyant mood following a 1-0 victory at Newhaven in the SCFL Premier Division on Saturday.

Now the attention turns to the Sussex Senior Cup, and a place in the quarter-finals against a very strong Crowborough outfit awaits the victors.

Former Pagham forward Darren King, now a committee member at Nyetimber Lane, believes Bennett’s men will give a good account of themselves and predicts that Murfin could prove a thorn in the side of the visitors.

“Scott has an unbelievable eye for goal, has great movement and his ratio of goals to chances is really good so Brighton will have to keep an eye on him.”

“Of course, Scott has an excellent team working hard behind him and the team ethic is definitely something which shines through in this current team.”

“Work-rate is vital and then we have flair players who can win us games with a flash of skill or a moment of magic. It’s going to be difficult, of course, because the lads we are going to be up against are at a club with Premier League aspirations. But I am sure we can give a positive account of ourselves.”

“There is a tangible buzz of excitement at the club and we expect a healthy crown and would urge local football fans to come along and cheer us on.”