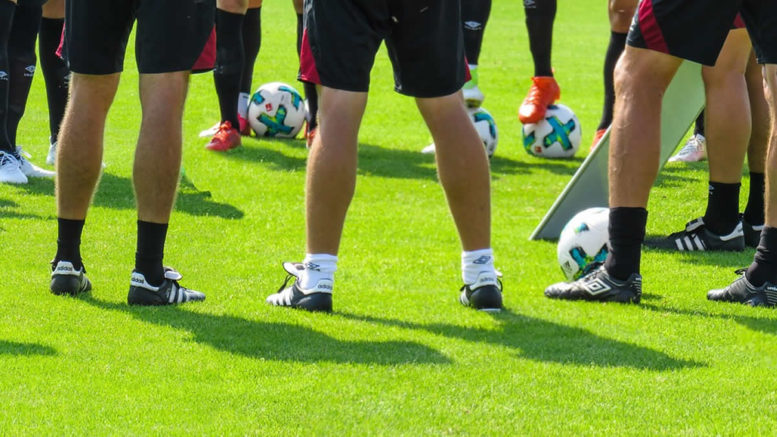 Bognor Regis Town FC have suffered a spate of injuries which could scupper their chances of making a bid to get in the promotion playoffs.

The latest injury problems came about in last weekend’s away game at Enfield Town. Before the match got underway, the Rocks were hoping that a good result would see them moving up the league table to challenge for a playoff place. Unfortunately, those hopes were quickly dashed when Enfield beat them by two goals to nil.

Maybe things would have worked out differently if they hadn’t lost their midfield duo of Doug Tuck and Jake Flannagan to injury before half time. Tuck went off with a heel injury and Flannigan was taken off with an injured hamstring. It is rumoured that both players will be out for two to three weeks. But, there are other concerns too.

One of the casualties of Storm Dennis was the Rocks’ Isthmian Premier League game with Bishop Stortford. This postponement will increase the number of matches that Bognor will have to play in a short space of time.

But every cloud has a silver lining and in this case that lining is the fact that the postponed game does give the Rocks’ walking wounded more time to recover.

However, there are only nine Saturdays left this season, and Bognor still have 13 games to play. They will have to pray for better weather and hope they can schedule a few midweek games.

With Flannigan, Tuck and Joe Cook still out, it leaves the Rock’s management team of Jack Pearce and Simon Cook with a problem – limited team selection options.

They have decided to solve this difficulty by bringing in three players on loan to tide them over. Bearing in mind that Harvey Whyte will soon be starting a three-game ban, it’s not a moment too soon.

The pick of the bunch is no doubt Tom Dinsmore, the AFC Bournemouth play-maker. Nineteen-year-old Dinsmore is a product of the Cherries’ academy. He signed his first contract in 2019 having completed a two-year scholarship. He has begun training at Nyewood Lane and already appears ready for selection.

Dinsmore’s loan lasts until the end of the current season, after which he will be returning to Dean Court. If the Cherries are to stay above the relegation zone, Eddie Howe is going to need all of the quality players he has to try to re-establish AFC Bournemouth as a force next season.

As former Spurs and Bournemouth player Darren Anderton said in an interview a few weeks ago, Howe should be expecting his team to get better year on year. That hasn’t happened this season so he will be looking to get the club’s mojo back in full working order.

As for the Rocks, they must get maximum benefit from the young midfielder while he is at Nyewood Lane. He will have a chance to show what he’s made of until Flannigan and Tuck have recovered from their injuries.

It will only be a relatively short window, so Dinsmore needs to make hay while the sun shines, both for his own sake and that of Bognor Regis Town FC.