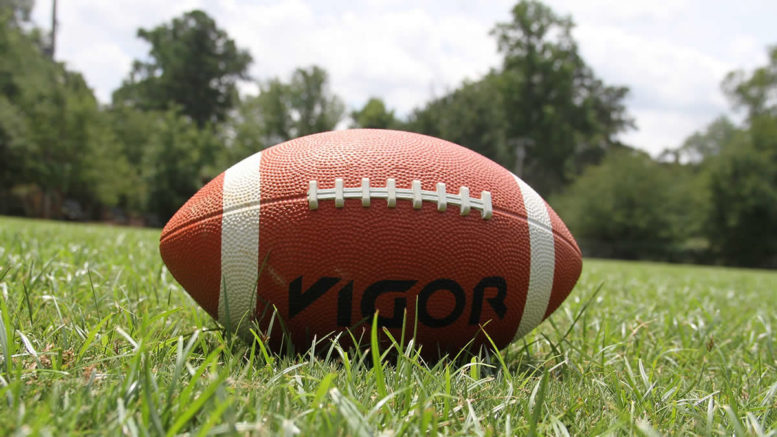 Image: Get a feel of an American Football at your local team in West Sussex

There can be no doubt that American Football is a sport that’s very much on the up in the UK. The National Football League (NFL) has been hosting three to four games in London’s Wembley Stadium for several seasons now and the attendances have skyrocketed since the beginning of the initiative in 2007. Combined attendances across all games have risen from less than 100,000 to a peak of more than 300,000 in 2017.

The sport has been taken to the hearts of Brits across the country, with London’s NFL parade, hosted along Regents Street, said to attract over 600,000 NFL fans to the capital every year. NFL fans aren’t just watching the action from ‘across the pond’, they are getting involved and playing themselves too. The British American Football League has been in existence since 2010, with the BAFA National Leagues spanning 62 teams, 54 of which are based in England.

The teams compete in 12 BAFA divisions, across three tiers of football. If you were wondering whether West Sussex has a team, you’re in luck; watch out for the Sussex Thunder. Established and based in Brighton, Sussex Thunder entered the leagues back in 1997 as a consequence of a merger between the Crawley Raiders and the Brighton B52s. In only their second year in existence, the Thunder reached the BritBowl Final, but lost to the London Olympians.

The Sussex Thunder bagged the Division 1 National Championship back in 2008 and once again in 2012, but were forced to withdraw from the leagues for the 2014 campaign following a raft of player retirements which saw the senior squad drastically diminish. Fortunately, just twelve months later in 2015, the Thunder were able to reform and seek membership, re-entering at the Division 2 South East Conference. In 2016, the Thunder secured their place in the Division 1 SFC South, where they remain today. Image: American Football pitches are increasingly common across the south-east

The Thunder are now just one promotion away from the BAFA’s Premier Division and the chance to play for the highly coveted BritBowl once again. The current champions are the London Warriors, who overpowered the Tamworth Phoenix in last year’s final. The BritBowl doesn’t have quite the same pull and prestige as the NFL’s Super Bowl. As yet, there aren’t any bookmakers that give any air time to the BritBowl, unlike ‘across the pond’ where sport betting sites offer insightful picks and thoughtful analysis of upcoming NFL games from an exclusive roster of experts looking for the best value play.

At the present time, the Sussex Thunder does not have its own youth or junior program to speak of. However, it does proudly support the local Brighton & Hove Scorpions American Football Club, which offers flag and contact football for boys and girls aged 10 to 15, as well as kitted football for those aged 16 to 19 years. The Scorpions train weekly on Sundays at Surrenden Field, with youngsters given the chance to work on their hand-eye coordination skills and get a good grasp of the sport’s rules in a fun and safe environment.

A fun alternative to training with the Scorpions

If you are someone that wants to play American Football competitively without the rigours of physical contact, West Sussex is also home to the Chichester Sharks, who play in the BAFL Flag League. Flag American Football is, in essence, a non-contact form of the sport, played with just five players per team. Given that it is non-contact, players are not required to wear the heavy-duty protective equipment that most people associate with American Football. It is still a more tactical sport than heading out on the open road and joining a local running club. Put simply, players ‘tackle’ opposing players by attempting to remove their opponents’ flag, rather than their heads!

The Sharks are open to new players, with men and women aged 16 and above welcome and no experience necessary. While the BAFL Flag League is still a competitive standard, there is a strong emphasis on having fun and simply taking part, which makes the Sharks a great entry point for anyone looking to hone their passing, catching and running skills in the West Sussex area.