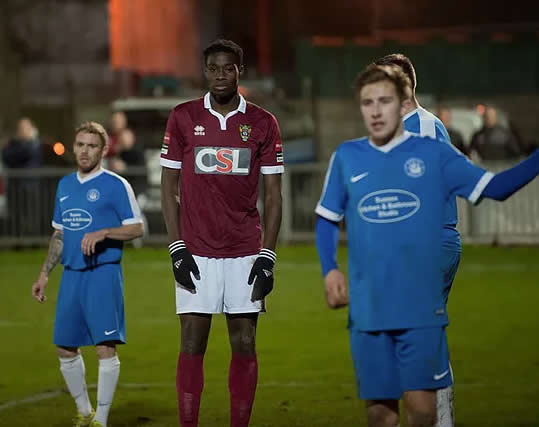 Elijah Adebayo hit a hat-trick to steer the rampant Rocks to a 5-0 win at Canvey Island today to keep them top of the Ryman Premier League.

The attacker, on loan from Championship Fulham, hit his treble in the second half to secure the victory and keep Bognor at the summit.

James Fraser pounced after just three minutes to open the scoring and Jimmy Muitt doubled the advantage just before half-time.

*Pagham saw the second game on the spin fall foul to a frozen pitch. The SCFL Premier encounter with Peacehaven Town was postponed mid-morning. The Lion’s Sussex Senior Cup clash at home to Brighton development squad.